QUESTIONS are being raised about the conclusions reached by an official investigation into a deadly 2010 skydiving plane crash at New Zealand’s Fox Glacier. 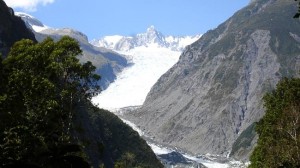 Nine people, including two Australians, were killed when the Fletcher FU24-954 plane crashed shortly after takeoff at the end of the runway at Fox Glacier airport on September 4, 2010.

There were no survivors.

A 2012 Transport Accident Investigation Commission (TAIC) report found the plane was unbalanced, with too much weight towards the rear, causing it to crash.

However, just days after the crash, large parts of the plane’s wreckage were buried — on the instruction of the TAIC — meaning they weren’t examined by investigators, a local current affairs TV program reports.

Among the parts buried was the plane’s control stick and cables.

Investigator Andrew McGregor, who’s conducted TAIC investigations in the past, says the TAIC’s investigation in this case was flawed.

“I would think on the evidence we have available, that a control system failure of some sort is likely,’’ he told TV3.

“In my view we do have sufficient information to warrant the investigation being reopened.’’