His appointment at Bayern Munich was regarded as a something of coup, but less than a year after his arrival in Bavaria the first cracks have appeared in the relationship between Pep Guardiola and the German club. 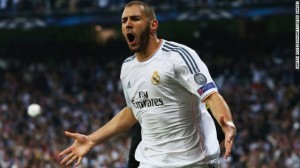 garded as the best coach in the world, Guardiola joined Bayern last year armed with a footballing philosophy that had brought him world domination during his time at Barcelona.

The Spaniard quickly guided Bayern to victories in the club World Cup and the UEFA Super Cup, before securing the German Bundesliga title in record-breaking speed.

But after crashing out of the Champions League at the semifinal stage to Real Madrid this week in humiliating fashion, the Spaniard’s possession-based style of football has come under criticism.

“If we don’t win, it does not help me when Bayern Munich’s chief executive Karl-Heinz Rummenigge and sporting directr Matthias Sammer, are backing me,” Guardiola told reporters.

“If we lose I’m a risk for the club. It’s a big club and you always have to win. If this doesn’t happen, the club may decide something else.”

“Bayern are not right,” Beckenbauer, who both played for and managed Bayern, told spanish newspaper Marca.

“This is something that we have known for weeks. The disappointment is huge.”

But Guardiola is adamant he will not alter his approach, insisting it is down to Bayern to decide if they want him to continue as manager.

“The club must decide whether the coach is the right man for this team,” said the 43-year-old Spaniard.

“I’m a strong person. There was lot of criticism but that’s the nature of the beast. Criticism is normal,” Guardiola said.

“I can’t train the players with other coaches’ ideas. Even after the defeat [against Madrid] I’m confident in my own ideas.

“Next season, we will play 100% with my ideas. I can’t coach this club or its players without believing in my ideas.”

Guardiola says he is already planning for life in Munich next season, when he will be hoping to repeat his success on the domestic front, while going those extra steps further in Europe.

Despite the setback in Europe, Guardiola could yet win a fourth trophy this season with Bayern playing Borussia Dortmund in the German Cup final on May 17.