Prime minister and opposition pledge to hold referendum on flag that some view as a relic from colonial past. 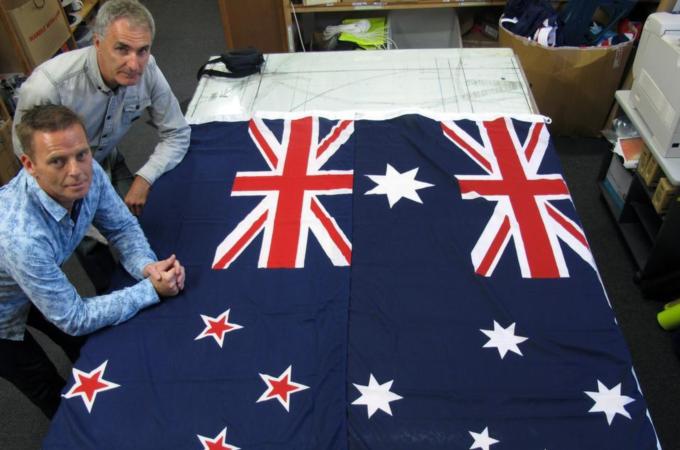 New Zealanders will soon get to vote on whether to change their national flag, which many view as a relic from a colonial past.

Prime Minister John Key on Tuesday pledged to hold a referendum on changing the national flag if he wins a third term in office in September.

His political opponents said they would follow through with those plans even if they oust Key in this year’s national elections.

Many complain it is too similar to Australia’s flag and doesn’t reflect New Zealand’s independence from former coloniser Britain.

But many who have served in the military oppose a change.

Key said he was open to ideas but personally favoured a silver fern on a black background, the national emblem already used by New Zealand sporting teams such as rugby union’s All Blacks.

Some say that would equate the country too much with its sporting heroes.

Others argue the country’s indigenous Maori should be represented in any new flag.

In a speech on Tuesday, Key said the flag represents a past era.

Canada as an example

Key said Canada’s 1965 decision to embrace a distinctive maple leaf design was a good example, and he couldn’t imagine Canadians now wanting to go back to their old Union Jack flag.

“We should be represented by a flag that is distinctly New Zealand’s,” said Key, adding it would not signify an end to the South Pacific nation’s constitutional ties to the British monarchy or participation in the Commonwealth group of countries.

Don McIver, president of the Returned and Services Association (RSA), said he’s proud of a flag that represents more than 100 years of tradition.

“The view of the RSA is there is no need to change the flag,” he said.

“Thirty-two thousand New Zealanders have given their lives under the flag and many more thousands have served under it in a combat environment.”

Yet for many, a new flag would represent another small step by New Zealand towards disentangling itself from its British past. In 2004, for instance, the country established a Supreme Court to replace Britain’s Privy Council as the final court of appeal.

Recent opinion polls have yielded conflicting indications about whether a majority favour a change.