KARACHI: This time around, instead of guns there will be movies for the people of Karachi’s Lyari Town as the Nosach Film Academy in collaboration with the Women Development Foundation Pakistan (WDFP) and Karachi Youth Initiative (KYI) is organising the ‘Lyari Film Festival (LFF)’ scheduled to be held in September.

The exact date for the four-day-long festival is expected to be announced in late July but all Karachi-based filmmakers have been alerted to bring together their respective works, as submissions will begin from July 10 (tomorrow). 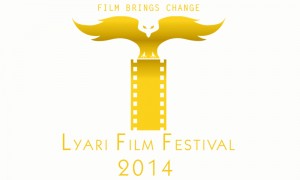 The last date for submissions is August 20.

Talking to Media, Adil Bizenjo, a representative of the LFF said “the festival will take place in the third week of September, but a final date will be disclosed soon”, adding that the event was being organised for the people of Lyari and for the people of Karachi at large.

Residents of Lyari will also showcase the films that they have produced, Bizenjo said.

Bizenjo briefed that there were three categories for film submissions: feature, documentary and short films, with the duration of minimum five minutes to maximum 60 minutes, depending on the category the film is being submitted in.

The festival is designed to cater to the youth and the maximum age limit of participating in LFF has been set at 35 years. Moreover, only those residing in Karachi can submit their productions to the LFF.

According to the Lyari Film Festival’s Facebook page, the organisers are hoping to alleviate the perception that prevails about the neighbourhood by organising the event that aims at promoting young filmmakers as unconventional role models to inspire the youth in Lyari and in Karachi at large.