KANYE West’s worldwide mission to tell everyone how it is hit with a snag at a UK concert recently after his onstage rant was greeted with boos. 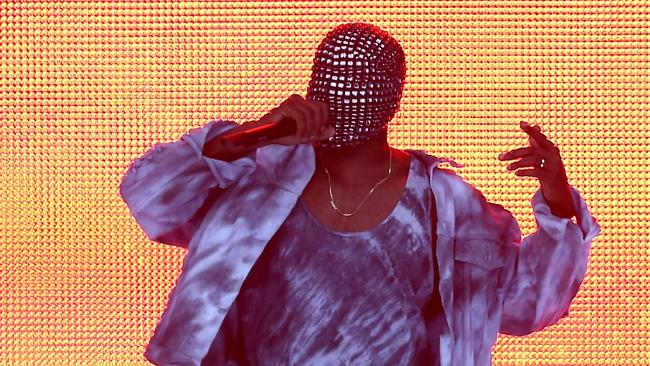 In fairness to the audience, they had endured 15 minutes of the rap star whining on about everything from media brainwashing to discrimination in the fashion industry before they eventually lost patience. West, who recently married Kim Kardashian in a lavish week-long wedding, also made a point of slamming consumerism.

West was performing at the Wireless Festival in London, with his sermonising accompanied by a black-and-white video of a waterfall and looping background music,the Huffington Post reported.

Wearing the studded mask he has used in his current stage show, West’s words found favour with the crowd at first but at a certain point it lost patience.