Rio’s Olympics have come under fire recently over construction delays. 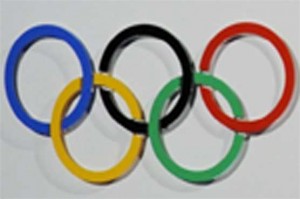 LAUSANNE (AFP) – The International Olympic Committee (IOC) on Thursday drew up a list of urgent recommendations aimed at breathing life into the flagging preparations for the 2016 Olympics.

Rio’s Olympics have come under fire recently over construction delays which have echoed the problems facing the World Cup which Brazil will host in June and July this year.

Problems have been exacerbated by a host of international sports bodies also expressing their fears over the speed of construction of venues for the Olympics, the first to be staged in South America.

“We believe that Rio can and will organise excellent Olympics if the necessary actions are taken,” said IOC president Thomas Bach, a day after listening to complaints from federations over the state of preparations.

“We are aware of the worries,” he added.

Bach said he was recommending a number “of positive actions” to help accelerate the work with the co-operation of the Brazilian authorities.

“We are asking our partners in Brazil to form a high-level decision-making body where the organising committee and multi levels of government are represented and where the IOC would play a major role in better coordinating the efforts by all these stakeholders,” said Bach.

Other new measures will also see the creation of dedicated task forces.

“We will recruit a local project manager with experience in construction who will monitor on a daily basis the progress being made in the different venues and infrastructures,” added the IOC chief.

Furthermore, international sports federations will send teams of experts to work alongside local organisers in a model of co-operation which was used in the build-up to the Sochi Winter Olympics.