MADRID: Paco de Lucia, the Spanish guitarist who brought flamenco to a world audience, has died in Mexico aged 66, officials in his Andalusian hometown said Wednesday. 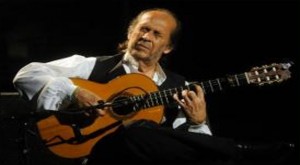 Born Francisco Sanchez Gomez, he was credited with modernising the Spanish gypsy tradition with jazz and bossa nova influences during a decades-long career.

The mayor´s office in his southern hometown of Algeciras, deep in flamenco country, said de Lucia died in Mexico of a heart attack.

“Paco de Lucia´s death turns his genius into a legend,” said the mayor of Algeciras, Jose Ignacio Landaluce, in a statement.

“Although he has gone, his music, his wonderful way of playing and his character will always be with us.

“The town called three days of mourning and flew flags at half-mast for “the greatest guitarist of all time”.

Born into a humble family in the southern Spanish region on December 21, 1947, de Lucia grew into a musical giant who blended jazz, pop and classical influences with the folk tradition of flamenco.

He credited his father, a singer of gypsy origin, with introducing him to music, encouraging him to practise for hours.

“The gypsies are better since they listen to music from birth. If I had not been born in my father´s house I would be nobody. I don´t believe in spontaneous genius,” the guitarist once said.