Kevin Sharp, who survived cancer as a teenager and went on to become a successful country music singer in the 1990s, died late Saturday, according to his website. He was 43. 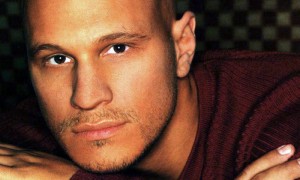 “Kevin died due to ongoing complications from past stomach surgeries and digestive issues,” said a statement posted Sunday on kevinsharp’s website.

Sharp, a California native, recorded several hit singles in mid-1990s, including his version of the song “Nobody Knows,” which held the top spot on Billboard’s Hot Country Single & Track for four weeks.

His debut solo album, “Measure of a Man,” was released in November 1996 and hit the top-20 country charts, according to AllMusic.com. A second album, “Love Is,” followed in 1998.

Sharp was diagnosed in high school with a rare form of bone cancer that had spread to his lungs, according to his website, and he became involved in the Make-A-Wish Foundation, a non-profit that seeks to provide wish-fulfillment experiences to children with life-threatening illnesses.

Sharp’s cancer went into remission in 1991, and he launched his musical career while staying active in Make-A-Wish, becoming a national spokesman for the organization, according to his website. He also became a motivational speaker.

A memorial service for Sharp was being planned in Nashville, the website statement said.