On Chinese Spring Festival Sydney’s streets will come alive with sight, smells and tastes of one of the world’s biggest lunar New Year celebrations

Sydney – Chinese New Year, also known as the Spring Festival or the Lunar New year, is a 15-day festival celebrated around the world. It is the most significant event of the year in their calendar, observed worldwide by the Chinese.

The celebration begins with the first new moon of the Lunar New Year and ends with the full moon day. Spreading the joyful spirit of festivities, the Chinese community in Australia and many Chinese Australian families are taking part in Twilight parade and Dragon races and organising various events.

The Chinese will end their celebration on the New Year day on Feb. 19. However, Australia will continue the celebration until early March. On this occasion, Sydney is hosting a three-week festival beginning from Feb. 13 and ending on March 1. Sydney’s popular restaurants are organising Lunar feasts with “set-price menus” at various locations.

The Premier said Sydney’s iconic Opera House will be turning red as a mark of friendship between NSW and Guangdong. He also highlighted a flourishing economic relationship between the States. In the past 12 months, NSW and China have signed a new free trade agreement and Sydney has become an established offshore settlement hub for the Chinese Renminbi.

NSW is gearing up for a spectacular 2015 Chinese New Year Festival celebration. The festival will officially commence at 7pm on 13 February among the lanterns of the Terracotta Warriors at Dawes Point on Sydney’s Harbour.

Sydney’s streets will come alive with the sight, smells and tastes of one of the world’s biggest lunar New Year celebrations. The festival will feature more than 80 events and is expected to attract over 600,000 visitors. 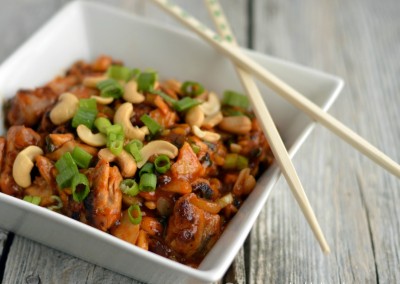 From 13 -22 February, 90 Chinese warriors each standing 2.1 metres tall will glow against the backdrop of Sydney Harbour. This year’s Twilight Parade will take place on 22 February, featuring lanterns, floats and projections to light up the city streets. The action-packed Dragon Boat Races will run for 2 full days (28 Feb – 1 March) with 3,000 paddlers racing across Sydney’s Darling Harbour.

Sydney’s restaurants are serving up delicious set-price menus that will have your mouth watering and leave you with change in your pocket.
Check out the list of restaurants offering Chinese feasts. 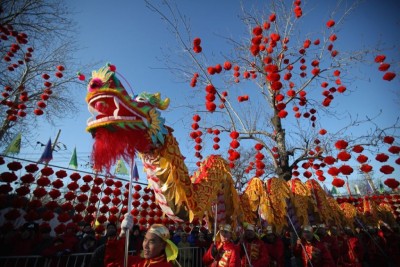 As dusk descends there’s plenty of sheepish pre-parade entertainment for everyone against the backdrop of magical illuminations of city buildings. Discover all hings Sheep during this year’s spectacular Twilight Parade, with magical lanterns, floats and projections lighting up our streets and buildings in a woolly celebration of this special creature.

Lanterns of the Terracotta Warrior Exhibition 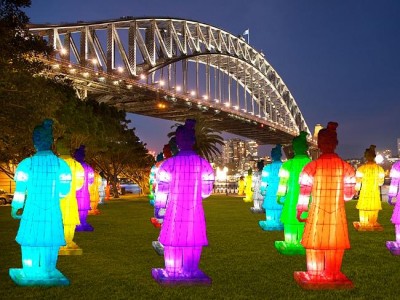 The larger than life lanterns modelled on China’s terracotta warriors glow like jewels of colour against the backdrop of our beautiful harbour. “Standing at the foot of one of the world’s biggest icons and on the edge of the harbour, this is probably the most breathtaking exhibition we’ve ever had as part of our Chinese New Year celebrations,” said Chinese New Year Festival Creative Director, Gill Minervini.

For nearly 2000 years a hidden army of Chinese warriors guarded the soul of China’s first Emperor. In 1974, these archaeological finds uncovered in the Emperor’s tomb found 90 guards, standing 2.1 metres high will be illuminated by lanterns in the City of Sydney. Constructed from fabric and wire by Chinese artist Xia Nan, these huge scale Chinese lanterns are a vision to be seen. The pieces are faithful replicas of the original 8,000 warriors and horses, however artist Xia Nan has added women and children to the display In honour of inheritance and the future.

The Lanterns of the Terracotta Warriors have previously only been shown in China and the United Kingdom, and are in Australia for the first time as part of the City of Sydney’s Chinese New Year Festival. Illuminated against the beauty of Sydney Harbour for ten days and nights only, this unique exhibition is an unforgettable experience. 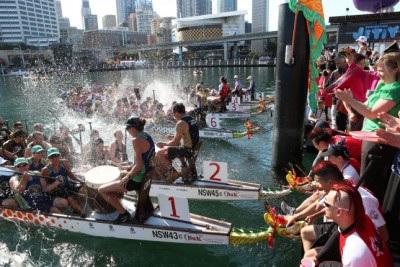 Darling Harbour will be the backdrop to the biggest dragon boat race regatta in the Southern Hemisphere on Saturday the 28th of February and Sunday the 1st of March. The 12-meter long boats are adorned to honour the dragon, with scales painted on the hull, and paddles to symbolise the claws. Each dragon has 22 rowers, and a drummer to set a rhythm to the movement. It’s a heart-stopping competition as spectacular dragon boats race through the waters to the pounding of drums and the cheering of spectators.

A spectacular night of traditional Chinese music and dance from different regions in China.