Haider Hashmi, a well known guitarist and band member of Aaroh, passed away late Sunday night. He was 40.

Hashmi was diagnosed with a brain tumour last month and was admitted to hospital for treatment. The musician is survived by a widow and three children. 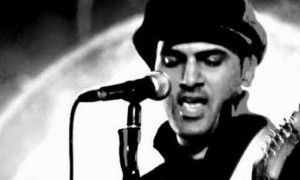 Hashmi joined Aaroh after its founding member and lead guitarist Nabeel Nihal Chishti left the band. Before he was diagnosed, he was busy completing various projects including some songs for Ali Azmat and the second album of Roxen.

Pakistani singer Ali Zafar, along with others, expressed sorrow over Hashmi’s death.