PARIS: It’s not every day that you can stand in line at the Louvre Museum next to a flock of live sheep. 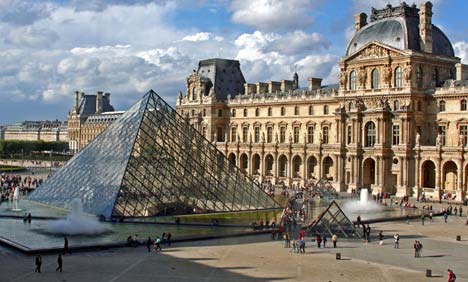 But that’s what happened to tourists Friday caught up in a protest by small farmers beneath the glass pyramid of the Paris museum.

Louvre officials said there were no arrests or damage in the protest, and it didn’t disrupt operations at one of the world’s most-visited tourist sites

The few dozen protesters, from the Peasants’ Confederation, are angry at proposed subsidy cuts that they say unfairly punish small farms and favor big agribusiness. The cuts are part of a broader reform of European Union agricultural policy.