World Health Organisation closes facility after a health worker there was infected with deadly disease.

The World Health Organization (WHO) has shut down a laboratory in Sierra Leone after a health worker there was infected with Ebola, a move that may hamper efforts to boost the global response to the worst-ever outbreak of the disease. 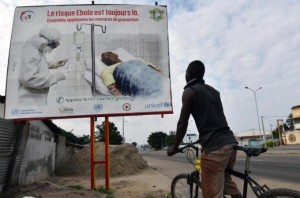 At least 1,427 people have died and 2,615 have been infected since the disease was detected deep in the forests of
southeastern Guinea in March, the Reuters news agency reported.

The WHO has deployed nearly 400 of its own staff and partner organizations to fight the epidemic of the highly contagious hemorrhagic fever, which has struck Sierra Leone, Liberia, Guinea and Nigeria.

A separate outbreak was confirmed in the Democratic Republic of Congo on Sunday.

One of the deadliest diseases known to man, Ebola is transmitted by contact with body fluids. The current outbreak
has killed at least 120 healthcare workers.

The WHO said it had withdrawn staff from the laboratory testing for Ebola at Kailahun – one of only two in Sierra Leone – after a Senegalese epidemiologist was infected with Ebola.

“It’s a temporary measure to take care of the welfare of our remaining workers,” WHO spokeswoman Christy Feig said, without specifying how long the measure would last. “After our assessment, they will return.”

The Canadian team was recalled after three people in their hotel complex were diagnosed with Ebola, although Upton said none of the Canadians had direct contact with any of the sick people and were not showing any symptoms of the disease.