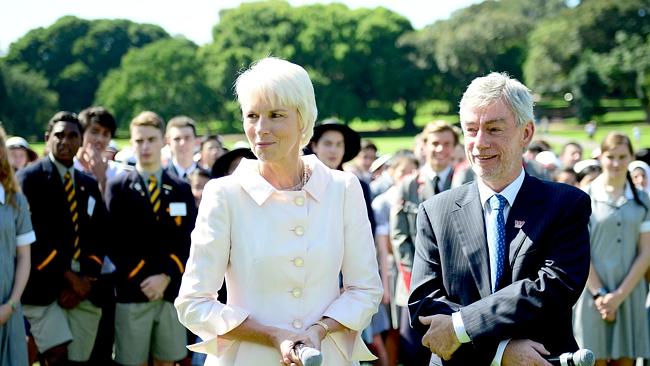 The “enduring gift for Australia” was welcomed by Prime Minister Tony Abbott as a powerful incentive for companies to “outdo each other” on giving.

Westpac CEO Gail Kelly ­unveiled the bank’s Bicentennial Foundation. It will mark the bank’s 200th anniversary in 2017 with 200 scholarships.

Students would receive up to $120,000 a year in five key categories designed to develop the leaders of the future in a changing world.

Mrs Kelly said the belief that education was the key to the future was a fundamental part of her ­upbringing: “I think I recognise, and I mean this sincerely, that I don’t think I could be doing the roles that I am today had I not been so fortunate in my early years to have a mum and dad who really prioritised education and gave me and my brother the very best opportunities.

“Australia is changing, the world is changing through structural changes and technology developments. It’s critical that we help in Australia build the new skills to be successful in this changing world.”

Mr Abbott said it was a ­“remarkable day in the history of corporate philanthropy”.

“It’s almost certainly the largest philanthropic gift in the history of our country.

“How good it is to see companies and individuals trying to outdo each other in helping others.”

The number and value of the scholarships varies in each cate-gory. The best and brightest category is the most generous, worth $110,000 a year for three years to support post-doctorate researchers achieve excellence in their field.

“These five streams are really designed around saying, ‘Gosh, we’ve had 200 years of connection with Australia … how can we play a role to try and facilitate that Australia continues to prosper into the future?” Mrs Kelly said.

“Education is best way that we can play an enduring role to future.”

The $100 million will be paid as a lump sum to the Bicentennial Foundation and will be invested to support the program in perpetuity.

TEH GIFT OF GIVING:

Scholarships the Bicentennial Foundation would give every year