ISLAMABAD: The World Bank has approved a $12 billion loan for cash-strapped Pakistan to be given out in a period of five years, the country’s finance ministry said on Friday. 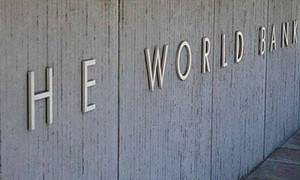 The finance ministry said the money will target “energy, economy, (fighting) extremism and education”, with $1 billion being transferred to Pakistan in the next week increasing Pakistan’s foreign exchange reserves substantially.

The loan will carry a two per cent interest rate.

Pakistan is struggling to overcome a massive energy crisis, and a shortfall in tax revenues, and has borrowed heavily to pay government expenditure.

Pakistan Day was celebrated at the World Bank yesterday, and in the two Development Policy Credit (DPCs) USD one billion was approved for energy and revenue support during the current financial year.

The other land mark achievement of the day was the approval of Country Partnership Strategy under which Pakistan will get US $ 11 billion in the shape of project loans and budgetary support, a statement issued by the Ministry of Finance said on Friday.

It may be mentioned that the World Bank loans are purely concessionary in nature with repayment schedule spanning over a period of thirty years including five years grace period and the interest rate will be nominal at the rate of 2 per cent per annum.

On receipt of USD one billion, an equivalent amount of Rs100 billion will be reduced from the domestic debt which is much more expensive at 12.5 per cent per annum.

The WB loan will incur 2 per cent interest per annum and the Government of Pakistan will be saving net 10.5% in payment of interest on Rs100 billion.

Resultantly, there will be no net increase in overall public debt.

The Finance Minister has congratulated the whole nation on this success and observed that, the Country Partnership Strategy is aligned fully with the vision of Pakistan’s development challenges around the four ES “Energy, Economy, Extremism and Education,” based on the manifesto of the Pakistan Muslim League – Nawaz (PML-N) and its commitment to the nation.