Washington tells the Syrian government to immediately suspend its diplomatic and consular missions in the United States. 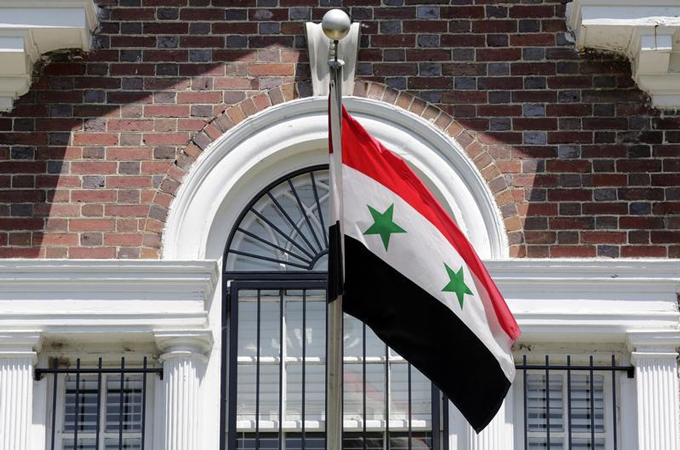 The United States has officially told the Syrian government to immediately suspend its diplomatic and consular missions in the country, and ordered its diplomats to leave the country if they are not US citizens.

“We have determined it is unacceptable for individuals appointed by that regime to conduct diplomatic or consular operations in the United States,” US special envoy for Syria, Daniel Rubinstein, said in a statement issued on Tuesday.

The order essentially closes the Syrian embassy in Washington and its honorary consulates in Troy, Michigan, and Houston, Texas, and forces all personnel who are not legal US residents to leave the country.

It comes three years since the start of the bloody civil war in Syria that has killed more than 140,000 people.

The Syrian embassy in the US capital had been operating for some time without an ambassador and with only a few low level staff who had been providing limited consular services.

Rubenstein said the order responds to a decision by the government of Syrian President Bashar Assad to suspend its own consular services.

A message on the embassy website Tuesday said: “Please Note that Embassy of Syria would not be able to proceed any consular services starting Tuesday March 18, 2014. Thank you for understanding.”

However, Rubenstein said the US wants to continue diplomatic relations with Syria and maintain a relationship if Assad steps down from power.