The UN General Assembly has voted to upgrade the Palestine’s diplomatic status to a “non-member observer state.” This comes despite opposition from the US and Israel and may now allow the Palestinians to access UN agencies. 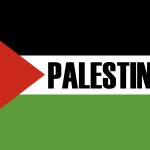 The Palestinian bid has been upheld with 138 votes in favour, 9 against and 41 abstentions.

The Palestinian bid to join the global body as a full member state failed in 2011 due to lack of support at the UN Security Council. To get the “non-member observer state” status, the Palestinians only needed a simple majority at the 193-member General Assembly, such status is already held by the Vatican.

Among many other nations the Palestinian bid for an upgraded diplomatic status was backed by a number of EU states, including France, Spain, Denmark, Portugal and Austria.

The bid had overwhelming support from developing nations.

The Palestine Liberation Organization, the umbrella group of various Palestinian factions, had previously had only “permanent observer” status at the UN.

The new status now grants the Palestinians more weight in peace talks with Israel and gives it a greater chance of joining UN agencies and the International Criminal Court (ICC). Joining the ICC would give the Palestinians greater legal basis for pursuing possible war-crimes prosecutions against the Israeli military.

However despite the support, the French Foreign Minister has warned Palestinians against pursuing Israel in the International Criminal Court, calling such a move “counter-productive.”