A delegation from the International Atomic Energy Agency (IAEA) is in Tehran to discuss with Iranian officials a safeguards approach for the country’s Arak heavy water plant in line with an agreement reached between Tehran and the IAEA. 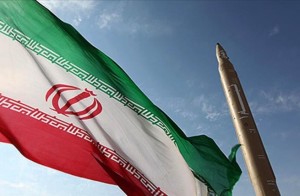 Headed by senior IAEA expert Massimo Aparo, the team arrived in Tehran earlier on Monday and is scheduled to hold talks with the officials at the Atomic Energy Organization of Iran (AEO) later on Monday, an AEO official told IRNA.

“Discussion about a safeguards approach for the Arak reactor is one of the seven points of an agreement with the agency,” said the Iranian official speaking on condition of anonymity.

On Sunday, the AEO’s spokesman Behrouz Kamalvandi said the inspectors would deliver a report to the IAEA about the implementation of the first step of the Geneva interim deal reached between Tehran and six world powers including the US, Britain, France, China, Russia plus Germany.

The deal, which was clinched last November and took effect in January, paves the way for the full resolution of the dispute over Iran’s nuclear energy program.

“The report about these measures will be presented during Aparo’s visits to the Saghand mine and Ardakan concentration plant in Yazd on Monday and Tuesday.”

Iran and the IAEA signed a joint statement in November 2013 to outline a roadmap on mutual cooperation on certain outstanding nuclear issues. Under the deal, Iran agreed, on a voluntary basis, to allow IAEA inspectors to visit the Arak heavy water plant in central Iran and the Gachin uranium mine in the south of the country.

The IAEA inspectors visited the Arak heavy water plant on December 8, 2013 and also the Gachin uranium mine in late January.