WASHINGTON: The United States has intensified its drive against the Taliban-linked Haqqani network in an attempt to deal a lasting blow to the militants in Afghanistan before foreign combat forces depart this year, according to multiple U.S. officials. 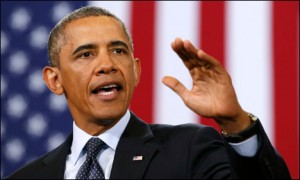 The Obama administration has created a special new unit based in Kabul to coordinate efforts against the militant group, according to officials familiar with the matter. It was set up late last year, as part of a new strategy that involves multiple government agencies.

The unit, headed by a colonel and known in military parlance as a “fusion cell,” brings together special forces, conventional forces, intelligence personnel, and some civilians to improve targeting of Haqqani members and to heighten the focus on the group, the officials said.

“Things are coming together in terms of the more comprehensive approach (against the Haqqanis). So, there’s a lot of focus – there’s a lot of energy behind it right now,” said a U.S. defense official, who asked not to be identified.

It was not immediately clear whether the intensified focus on the Haqqanis has led to increased strikes on the group by the U.S. military or the CIA, which operates drones over Pakistan’s tribal areas.

And it remains to be seen, this late in the NATO combat mission, how much damage the United States can inflict on the Haqqani network, which has proven resilient and uses Pakistan’s tribal areas as a sanctuary.

The Haqqani network, which professes obedience to Taliban leader Mullah Omar, is believed to have been involved in some of the most audacious attacks of the Afghan war. These include assaults on hotels popular with foreigners, a bloody bombing of the Indian embassy in Kabul, a 2011 attack on the U.S. embassy, and several massive truck bombing attempts.

The group is also believed to be holding Bowe Bergdahl, the only known U.S. soldier missing in the war in Afghanistan.