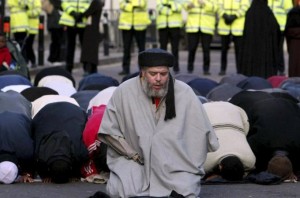 Prosecutor have told a jury in New York that an Egyptian Islamic preacher supported terrorism around the world and used religion as a cover to hide his actions.

Assistant US Attorney Edward Kim made the claims as he delivered an opening statement on Thursday in the trial of preacher Abu Hamza al-Masri, also known as Mustafa Kamel Mustafa.

The government says Mustafa tried to create an al-Qaeda training camp in the US state of Oregon in late 1999 and early 2000.

He is also charged with helping kidnappers in Yemen in a 1998 attack that killed four people, and with helping fighters attend an Afghanistan al-Qaeda training camp.

Al-Masri’s defence lawyer told the jury that their client had never harmed Americans.

Attorney Joshua Dratel told jurors during his opening statement that al-Masri would testify on his own behalf.

The 55-year-old cleric was extradited to the US from England in 2012 after a decade-long legal battle.

Abu Hamza was known for giving fiery sermons, which he delivered from his mosque in Finsbury Park, North London.

Prosecutors have accused him of praising the slain al-Qaeda leader, Osama bin Laden, in the the aftermath of the 9/11 attacks in 2001. Hamza denied the allegations and said the US was waging a global war on Muslims.

At a pre-trial hearing last week, al-Masri declared his innocence and said he would defend himself during the case.

If convicted, the cleric faces spending the rest of his life in prison.