In 33 years of forecasting trends, the Trends Research Institute has never seen a new year that will witness severe economic hardship and 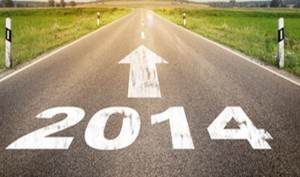 social unrest on one hand, and deep philosophic enlightenment and personal enrichment on the other. A series of dynamic socioeconomic and transformative geopolitical trend points are aligning in 2014 to ring in the worst and best of times.

Ready or not, here they come.

March Economic Madness: One of the most difficult aspects of trend forecasting is getting the timing right. And when it comes to economics, there are many wildcards that can stall or detour any on-rushing trend. We called the Crash of ’87, the 1997 Asian Currency Crisis and the Panic of ’08 (we even established the domain name in 2007) right on the button. But we missed the mark with our Crash of 2010 prediction.

Why? The Federal Reserve and central banks around the world were secretly pumping tens of trillions of dollars into a failing financial system. These were, at the time, unimagined schemes for nations that pride themselves on capitalism. And while we are not naïve to the dirty dealings of the financial industry, rigging the daily multi-trillion dollar LIBOR and FOREX markets was not on our radar. Thus, what we believed to be economic truths and hard facts were, in fact, cover-ups and lies.

Such unforeseeable factors aside, we forecast that around March, or by the end of the second quarter of 2014, an economic shock wave will rattle the world equity markets. What will cause this econo-shock? How can you prepare for it? It’s a Top Trend of 2014. Read about it in the Winter Trends Journal.

Global Chinatowns: Name the continent or pick a country, every one contains its own brand of Chinatown. The Chinese global buying binge, now in its early growth stage, will noticeably accelerate in 2014. From coal mines in Zambia, to Borscht Belt resorts in New York, to factories in Italy, and to farmlands in Ukraine, a seemingly endless variety of Chinese development projects are being incubated around the world. If there is a deal to be had and a need to be filled, Chinese players are increasingly at the front of the line.

Wealthy investors, college graduates without jobs, skilled and unskilled laborers will be migrating out of their overpopulated, congested and highly polluted nation to foreign shores. Where are the new growth areas? What actions will be taken to stop or control the trend? Who will benefit? Who will lose? And what are the dangers and opportunities? You’ll find the answers in the Winter Trends Journal.

Wake Up Call: Last year we forecast the Great Awakening 2.0, a period reminiscent of the first Great Awakening that provided the intellectual, philosophical and spiritual ammunition that ignited the American Revolution. The “Awakening” has begun. Throughout 2014, and beyond, you will hear the Wake Up Call. It will be loud and distinct.

In 2013, the White House and Congress proved their extreme incompetence with a series of public failures. From closing down the government, to the debt ceiling debacle, to the aborted attack on Syria and, ultimately, to the disastrous launch of Obamacare, the ineptness of our political leaders was overwhelming. As polls show, a majority of citizens registered levels of scorn and ridicule unparalleled in modern America.

But this phenomenon is not limited to America. Around the world, citizen distrust has turned into universal disdain for entrenched political parties whose draconian austerity measures and punishing economic policies have thrown millions into poverty and pushed millions of protesters into the streets. Civil wars, civil unrest, revolts and revolutions will be just some of the cards dealt by an angry public that has lost everything and has nothing left to lose.

Will those in power hear the Wake Up Call? Or will they attempt to stamp it down and drown it out? Hear it or not, the movement is unstoppable. It will be a battle of the classes. What will it mean? Where will it take the biggest toll? Can the protests and disturbances of tomorrow bring peace and enlightenment that will lead to the Great Awakening 2.0? It’s all in the Top Trends 2014 Winter Trends Journal.

Seniors Own Social Media: Seniors now comprise the fastest-growing user segment of the social media world, and the year ahead will see the retail, business, political, health and entertainment industries evolve aggressive strategies to realize the robust economic potential in engaging seniors.

The gamut of possibilities is so grand that we forecast technological and product advances that impact everything from nursing home life to political campaigns and causes. Read the Winter Trends Journal to pinpoint how this trend will unfold and affect you and your interests.

Populism: Regardless of how professional politicians deride it or how the traditional media describe it, “populism” is a megatrend sweeping Europe, and it will soon spread across the globe. Mired in prolonged recession, disgusted with corrupt political parties, and forced to follow EU, ECB and IMF austerity dictates, populist movements are seeking to regain national identity and break free from the euro and Brussels domination. These movements are positioned to bring down ruling parties and build up new ones.

The discontent of the one-size-fits-all Euro Union formula is so deep that populists are expected to gain some 25 percent of the European Parliament seats in next year’s elections. “We have the big risk to have the most ‘anti-European’ European Parliament ever,” cried Italian Prime Minister Enrico Letta. “The rise of populism is today the main European social and political issue,” Mr. Letta added. “To fight against populism, in my view, is a mission today ­ in Italy and in the other countries.”

Already, some nations, such as Spain, have passed new laws restricting public demonstrations while imposing police-state measures to stamp out dissent. What is the future of populism? How far will it spread? Will it lead to the formation of new parties, or lead to civil wars? Read about it in the Trends Journal’s Top Trends 2014 edition.

Trouble in Slavelandia: Even as total US personal wealth soars above a record high of $77 trillion, fueled by the stock market’s own record highs, life for the growing number of have-nots in Slavelandia has become more desperate. In today’s Plantation Economy ­ driven by the bottom line needs of multinationals and flailing austerity-prone governments ­ low-paying service jobs and reduced hours engineered to evade corporate responsibility to provide benefits, are making it tough for the working poor, a group that now includes debt-burdened and underemployed college graduates and seniors as well as the traditional underclass.

Nearly half of the requests for emergency assistance to stave off hunger or homelessness comes from people with full-time jobs. As government safety nets are pulled out from under them ­ as they will continue to be for the foreseeable future ­ the citizens of Slavelandia will have no recourse but action. The fast-food worker strikes of 2013, seeking a higher minimum wage, were just a mild taste of what is to come. Learn more in the Winter Trends Journal.

The New Altruism: Several burgeoning trends identified for 2014 will coalesce in a welcome trend toward selfless concern for the wellbeing of others and an interest in the common good. Across the age divide, from people in their youth to those of advanced years, the search for meaning will intensify and become more widespread in response to waning resources, want, and an over-commodified culture. As despair quietly takes more prisoners, Doing Good will be recognized as the key to escape.

Ironically, the Internet that has been much maligned for currying narcissism will make the donation of money, time and talents so easy that people will be able to enact their better natures without resistance. Be they Boomers in renaissance or populists in revolt, people will discover and expand the humanist side of globalism and act accordingly. See why in the Top Trends of 2014 Winter edition of the Trends Journal.

Private Health Goes Public: While the world focused on the blockbuster NSA surveillance revelations and other cyber-snooping episodes of 2013, another powerful trend line was firmly planted: Your health data has been progressively mined, assembled and made accessible to a widening group of interested parties.

While signing up for the Affordable Care Act brought some attention to this developing trend, around the globe, data on individuals’ health status, behaviors, prescriptions and even their genetic indicators have been funneled to a wide range of databases. Those databases have many purposes and a growing number of hands on them.

The positive and negative implications of this trend are equally powerful. Individuals and their health care providers can more easily tie vital physical data with worldwide medical databases to anticipate and potentially prevent disease. But, in the wrong hands, the data can be used to exploit, damage and take advantage of individuals and their families. Security concerns will rise in equal importance with the potential benefits of this critical trend line.

What does this mean for you, your family, or your business? The Winter Trends Journal will provide the answers.

Boomer Renaissance Arrives: Distinct and strengthening economic, lifestyle and societal determinants are building a creative foundation for the older population as it discovers new approaches to work and finds long-elusive contentment in the process.

You already know that older workers, seeing their retirement plans shattered, have to work beyond traditional retirement years. You also know that those same economic dynamics are forcing aging Boomers to entirely rethink retirement. And, of course, you know that as Boomers are living longer, traditional thinking about retirement has been stood on its head. What you might not realize is how these factors are compelling Boomers to unearth potent creative energies not only to survive, but to realize potential that evaded them in traditional work roles.

In 2014, we will see growing evidence of this Boomer Renaissance, accentuated by waves of self-guided entrepreneurism that alchemizes commerce, survival and self-actualization into a new world and self view. The Winter Trends Journal will explore this compelling 2014 trend in depth.

Digital Learning Explodes: Fears that online educational platforms fall short of providing depth and effectiveness in the learning experience will all but disappear. Across the entire educational spectrum, online learning will expand to include not only course instruction, but also a wealth of real-life learning experience, with considerable participation by the skills-hungry business community.

For individuals, educational institutions, industries, small businesses and up-and-coming entrepreneurs, the implications are enormous. From traditional degree-based education to very specific micro skills-based learning, this trend line explodes. The Trends Research Institute will break down the implications for individuals, business professionals and a range of industries in its Winter Trends Journal.