RIYADH/DOHA: Saudi Arabia, the United Arab Emirates and Bahrain withdrew their ambassadors from Qatar on Wednesday in an unprecedented public split between Gulf Arab allies who have fallen out over the role of Islamists in a region in turmoil. Qatar’s cabinet 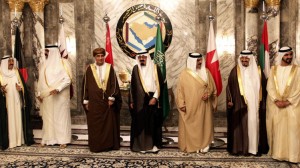 voiced “regret and surprise” at the decision by the fellow-members of the six-nation Gulf Cooperation Council, but said Doha would not pull out its own envoys and that it remained committed to GCC security and stability. The Saudi-led trio said they had acted because Qatar failed to honour a GCC agreement signed on November 23 not to back “anyone threatening the security and stability of the GCC whether as groups or individuals – via direct security work or through political influence, and not to support hostile media”. Saudi Arabia and the UAE are fuming especially over Qatar’s support for the Muslim Brotherhood, an Islamist movement whose political ideology challenges the principle of dynastic rule. They also resent the way Doha has sheltered influential Brotherhood cleric Yusuf Qaradawi and given him regular airtime on its pan-Arab satellite television channel Al Jazeera. The GCC, which normally keeps its disputes under wraps, is a pro-Western alliance of monarchies set up in the 1980s to counter Iranian influence in the Gulf, and includes several of the world’s biggest producers and exporters of oil and gas. Kuwait and Oman did not join the diplomatic rebuke to Qatar. Kuwait’s parliament speaker Marzouq al-Ghanim said he was concerned by its implications. Oman has not commented. Saudi Arabia, the biggest GCC state by population, size and economy, has grown increasingly frustrated in recent years by the efforts of Qatar, a country of just 2 million, to leverage its large wealth from gas exports into regional clout. Qatar’s stock market tumbled 2.3 percent after Wednesday’s announcement. There is significant cross-border investment in the stock markets of GCC countries by investors from other GCC nations. Saudi investors play a major role in all GCC markets. Saudi Arabia has tried for two years to align the foreign and security policies of Sunni-ruled GCC states to combat what it sees aggression by Shi’ite Iran, its regional arch-rival. Gulf analysts and diplomats say it is too early to say if the rift with Qatar will break the GCC apart, pointing to previous rows between member states that were later settled.