On May 2nd, 2011, US President Barack H. Obama announces to the world that Osama Bin-Laden had been killed by US Navy Seals (Seal Team Six) in an special operation in Abbottabad, Pakistan “Good evening. Tonight, I can report to the American people and to the world, the United States has conducted an operation that killed Osama bin Laden, the leader of al Qaeda, and a terrorist who’s responsible for the murder of thousands of innocent men, women, and children”. 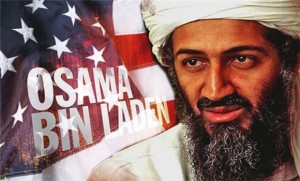 In the email, addressed to “Gentlemen,” McRaven wrote, “One particular item that I want to emphasize is photos; particularly UBLs [Usama Bin Laden, as US military referred to him] remains. At this point – all photos should have been turned over to the CIA; if you still have them destroy them immediately or get them to the [redacted].”

The order to purge the photos came 11 days after the conservative government transparency organization Judicial Watch filed a FOIA request with the Defense Department seeking “all photographs and/or video recordings of Usama Bin Laden taken during and/or after the U.S. military operation in Pakistan on or about May 1, 2011.”

Judicial Watch has requested the photographs and videos of Osama Bin-Laden to prove if it was actually him. But the Department of Defense (DOD) has proven that there is a cover-up on Osama Bin-Laden’s death. Washington said that they killed their target then buried him at sea because they could not find a country that would bury him in 24 hour time period.  The Los Angeles Times wrote an article on May 3rd, 2011 following Al-Qaeda’s leader Osama Bin-Laden and his “Proper” burial at sea:

The conspiracy theories spoke to the quandary facing the U.S.: proving the Al Qaeda leader’s death without inflaming his supporters and the broader Muslim world. Because of that concern, U.S. officials were considering the merits of releasing gory photos of Bin Laden taken after he was shot.

The burial, which was carried out from aboard the aircraft carrier Carl Vinson in the northern part of the Arabian Sea, was necessary because arrangements couldn’t be made with any country to bury Bin Laden within 24 hours, as is the general Muslim practice, administration officials said. But a senior military officer said the U.S. also wanted to avoid having a grave become a shrine that would attract his followers.

Administration officials insisted Monday that there was no question who was killed in the Pakistani raid. Along with being visually identified on the scene by U.S. operatives, Bin Ladenwas identified by name by a woman believed to be one of his wives, according to a senior intelligence official. On Sunday evening, CIA specialists compared photos of the body with known photos of Bin Laden, determining with 95% certainty that they were one and the same.

On CBS’s ’60 Minutes’an interview conducted by Scott Pelley with former U.S. Navy SEAL Matt Bissonnette involved in the killing of Osama Bin-Laden and author of ‘No Easy Day’ under the name of Mark Owen admits he did not recognize if the man they killed was in fact Osama Bin-Laden:

Pelley: So, after Osama bin Laden is wounded, he’s still moving. You shot him twice?

Bissonnette: A handful of times.

Pelley: A handful of times, and the SEAL in the stack behind you also shot Osama bin Laden. And at that point, his body was still?

Pelley: Did you recognize him?

Bissonnette: Nope. You know, everybody thinks it was, like, you know it’s him. No. To us, at that time, it could have been anybody. Maybe this was another brother. Maybe this is a bodyguard. Maybe, it doesn’t matter. The point is to just continue clearing.

With recent revelations confirmed by Judicial Watch and Matt Bissonnette’s testimony on Main Stream Media on the operation of May 2nd, 2011 only proves that Osama Bin-Laden’s death at the hands of US Navy Seals is questionable to say the least.

It seems strange that the US government does not want to release the picture that will finally prove he is dead because it is “very gruesome” according to CBS News national security correspondent David Martin. You cannot expect me to believe their explanation that the photos are “very gruesome” to show the public.  Is it because that the pictures of Osama Bin Laden released in the mainstream media were constantly scrutinized by alternative and worldwide media? Throughout the years the US Media and the Pentagon was releasing photos of Osama bin-Laden that where questionable presuming that he was ill with kidney problems although he looked like he was recuperating well despite the fact that he was living in the mountains of Afghanistan. It is most likely that he died years ago from kidney complications. Let’s take a closer look at Osama bin Laden’s death. First and foremost, Osama Bin Laden was reported to have arrived on July 4, 2001 at the American hospital in Dubai for renal processing or a Kidney Dialysis and left on July 14 according to the Agence France-Presse (AFP) on October 31st 2001:

Osama Bin Laden was treated in July at the American hospital in Dubai where he met a person in charge of the CIA, the French daily newspaper the Barber and Radio International France (RFI) reported on Wednesday. The two medias quoted “a witness, professional partner of the administrative direction of the hospital”, as confirming that the man that the United States suspects of having financed the attacks of September 11 arrived on July 4 at Dubai by plane coming from Quetta, in Pakistan. Osama was immediately transferred to the hospital for a renal processing (Kidney Dialysis). He left the establishment on July 14, adds the Barber. During this stay, reports the daily newspaper, the local representative of the CIA was seen going in the room of Bin Laden. “A few days later, the CIA man bragged in front of some friends that he had visited the billionaire Saudi”. According to the Barber and RFI who quote an “authorized source”, the representative of the CIA was recalled to Washington on July 15.

That’s right. And again, renal dialysis — talking about hemodialysis — is something that really is reserved for patients in end-stage renal failure. That means their kidneys have just completely shut down. The most common cause of something like that would be something like diabetes and hypertension. Once that’s happened, if you’re separated from your dialysis machine — and incidentally, dialysis machines require electricity, they’re going to require clean water, they’re going to require a sterile setting — infection is a huge risk with that. If you don’t have all those things and a functioning dialysis machine, it’s unlikely that you’d survive beyond several days or a week at the most.

So there was a good chance he died several years ago. But according to the Pentagon Osama Bin Ladenwas still alive. Every so often Bin Laden’s newest photo’s appeared on the mainstream news. In fact it was changing his appearance all of the time. Just look at some of the pictures below.

Osama Bin Laden in a 2001 press conference in Khost, Afghanistan

Perhaps Washington was concerned that one of their fake photos of a dead Osama Bin Laden would not pass the “Smell Test”? Many people throughout the world did not believe that the US Navy Seals in the middle of the night kill their target and then dumped him in the ocean. Anti-War activist Cindy Sheehan based in the United States posted in her Facebook what she thought of the situation when she said that “I am sorry, but if you believe the newest death of OBL, you’re stupid,” she continued “Just think to yourself — they paraded Saddam’s dead sons around to prove they were dead — why do you suppose they hastily buried this version of OBL at sea?” She has a point.

According to President Obama on a 60 Minutes interview, he said

“It is important to make sure that very graphic photos of somebody who was shot in the head are not floating around as an incitement to additional violence or as a propaganda tool,” said the president. “We don’t trot out this stuff as trophies,” Mr. Obama added. “The fact of the matter is, this is somebody who was deserving of the justice that he received.” Really? The truth of the matter is that the people deserve to see the evidence to put their pain to rest. But to say that it would cause violence or it can be used as propaganda because they do not “trot out this stuff as trophies” is absurd.  Several months later, Muammar Gaddafi was murdered by a Washington orchestrated plan involving NATO forces to topple his government.  Muammar Gaddafi’s videos and pictures of his execution were floating around in the media.  The images were truly disturbing. Washington did not have a problem with it. Hillary Clinton even gleamed with joy when she said “We came, we saw, he died”.

Washington did not show you the pictures of Osama Bin Laden’s death because they of course verified it with DNA evidence. Then they buried him at sea. The Los Angeles Times article mentioned earlier was initially titled “Sea burial fodder for conspiracy theories” said that “Conspiracy Theorists” would have many reasons for not believing Washington’s line that Osama Bin Laden’s death and that it was achieved in a daring raid in Pakistan and then dumped his body at sea to because it was difficult to bury him within 24 hour time period in accordance to “Muslim Practice”. They also claimed that they would like to avoid a grave site because it can become a “shrine” to Muslim followers that could eventually “inflame” his supporters is a farce.

Don’t you think that US involvement in the Middle East since the toppling of Mohammed Mosaddegh of Iran in 1954 that installed the brutal dictatorship of Mohammad Rezā Shāh Pahlavī better known as the Shah which did lead to the 1979 Iranian Revolution “inflamed” the Iranians? Would the US led invasion of Iraq or even the invasion of Libya through NATO “inflame” the Middle East? How about the drone strikes in Pakistanor the Israeli-Palestinian conflict?

How about the Washington’s support of the Monarchies in the Gulf States such as Saudi Arabia, Qatar or Bahrain that oppress their people? Washington’s unwillingness to show the photos of Osama Bin Laden’s body is giving “Conspiracy Theorists” ammunition to consider it a conspiracy, which it is.

Since Washington will not to show any evidence confirming Bin Laden’s death since he had to be buried at sea and the photos taken not allowed to be shown to the public because they are “very gruesome” is a conspiracy within itself, isn’t it?