Why the White House’s top envoy is talking to Israeli reservist generals about securing the Jordan River Valley—and the behind-the-scenes effort to make the case for peace. 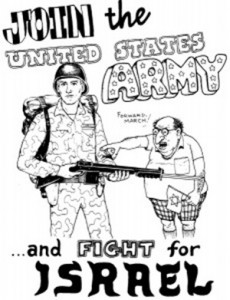 As the White House has waged a political war against the pro-Israel lobby in Washington over Iran sanctions, the Obama administration has engaged in some lobbying of its own in Tel Aviv and Jerusalem.

The Daily Beast has learned that Martin Indyk, the administration’s special envoy for Israeli-Palestinian negotiations, and his team have quietly been meeting with Israeli reservist generals and other leading national-security experts to discuss American ideas for securing the Jordan River Valley without a permanent Israeli troop presence. That’s an idea the current Israeli defense minister opposes, and strongly.

On the surface, these informal meetings may not sound like lobbying—at least, not the stuff-cash-in-congressmen’s-pockets style of lobbying we hear about in Washington. There’s no hard sales pitch, just a genteel discussion of issues. But the conversations are part of a larger effort to “prepare the Israeli public” to accept hard compromises for peace with the Palestinians, as one U.S. official working on the negotiations put it. And some senior members of the Israeli government, including Defense Minister Moshe Yaalon, are not happy. Yaalon views the get-togethers with the Israeli reservist generals as a way to circumvent his own objections to any security plan that would require Israel not to have troops on the border with Jordan.

Yaalon was so upset that, earlier this month, he was quoted by an Israeli newspaper as wishing that Secretary of State John Kerry would “take his Nobel Peace Prize and leave [Israel] alone.”. Yaalon made two apologies for those remarks, the second of which came after the State Department’s spokesperson criticized them publicly.

“It was niceties and coffee,” he said. “I don’t think anyone was trying to do something under the table.”

The security plan for the West Bank’s border with Jordan is by no means the most contentious issue in the negotiations Indyk is now overseeing. (The final status of Jerusalem and the fate of Palestinian refugees are much thornier.) But it is also a point on which the two sides at least publicly disagree. Palestinian leaders have repeatedly said no Israeli troops can remain on the West Bank in a final deal; Israeli leaders have in the past insisted on it.

In some ways, this is business as usual. Steve Rosen, a former director of foreign policy for the American Israel Public Affairs Committee, said bluntly, “the two sides meddle in each other’s politics all day every day.”

But he stressed that this was very different than engaging directly in electoral politics, which is something the State Department stays away from. “The most innocent level is to reach out to all echelons of Israeli society to bring them around to the viability of American ideas for an agreement with the Palestinians, and for that matter to reach out to all elements of Palestinian society as well,” he said. “This is different than trying to organize factions to win an Israeli election. This is not interfering in the Israeli electoral process.”

The Israeli press has portrayed Indyk’s meetings this month as an effort to recruit “opinion leaders from the defense sector” to support an American proposal. Avi Mizrachi, a reservist major-general whose last command covered the Jordan River Valley, and who has met with Indyk’s staff about a plan for the region, put it differently. “I think what the Americans are trying to do is to find out if their plan is feasible for the Israeli public or not,” he told The Daily Beast.

Major General Gadi Shamni, who also commanded the geographic area that includes the Jordan River Valley, added that his meeting with Indyk’s staff was an effort to understand “where the flexibilities” might be in the Israeli position on the valley. He stressed he did not think Indyk’s staff was trying to recruit him to advocate for an American proposal in the Israeli media or go against the current leadership of his own government. There was a noticeable absence of arm-twisting. “It was niceties and coffee,” he said. “I don’t think anyone was trying to do something under the table.”

Indyk’s efforts to prepare the public for peace is not limited to private meetings with retired generals. Last year, the State Department’s peace team hired former Washington Post journalist Laura Blumenfeld to advise on strategic communications and outreach with U.S., Palestinian, and Israeli opinion journalists. Blumenfeld is in a unique position to make the case for peace. Her book, Revenge: A Story of Hope, chronicles her own story of how she came to know the Palestinian gunman who wounded her father, who was a rabbi.

A senior State Department official acknowledged there were a series of meetings on a number of issues with Israeli and Palestinian experts. “It’s up to us to be as smart as we possibly can be on these issues,” this official said. “Part of that involves talking to experts on both the Israeli and Palestinian sides about security issues, refugees, borders, Jerusalem, and the host of issues that are part of the negotiations. Quite frankly, we let the two sides worry about their own politics.”

Aaron David Miller, who was a top peace negotiator for President George H.W. Bush and President Clinton, said there have been times when the American government worried quite a bit about Israeli politics. During the Clinton years, he said, there were efforts to bolster Shimon Peres in his election against Benjamin Netanyahu in 1996. After a string of Hamas suicide bombings rocked Israel, Clinton invited Arab leaders and Peres to the Egyptian resort city of Sharm el-Sheik for a peace summit. “This was an effort to create some political space for Peres,” Miller said. “He had four bombings in nine days; it was Hamas’ efforts to insure Bibi won the election. We were scrambling to save this. We had to summon the peacemakers in Sharm el-Sheik. We had an incredible group photo.”

But Netanyahu won that election nonetheless. Miller said ideally Indyk and Kerry need to persuade Netanyahu about the peace plan and then Netanyahu will sell it to the Israeli people. “Every time we have tried end runs, they have failed,” he said.