BANGKOK: Thailand’s military said Tuesday that its radar detected a plane that may have been Malaysia Airlines Flight 370 just minutes after the jetliner’s communications went down, and that it didn’t share the information with Malaysia earlier because it wasn’t specifically asked for it. 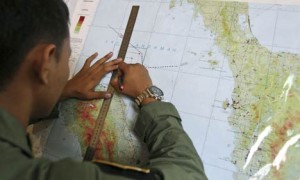 Thailand’s failure to quickly share possible information regarding the fate of the plane, and the 239 people aboard it, may not substantially change what Malaysian officials know, but it raises questions about the degree to which some countries are sharing their defense information, even in the name of an urgent and mind-bending aviation mystery.

With only its own radar to go on, it took Malaysia a week to confirm that Flight 370 had entered the strait, an important detail that led it to change its search strategy.

When asked why it took so long to release the information, Montol said, “Because we did not pay any attention to it. The Royal Thai Air Force only looks after any threats against our country, so anything that did not look like a threat to us, we simply look at it without taking actions.”

He said the plane never entered Thai airspace and that Malaysia’s initial request for information in the early days of the search was not specific.

“When they asked again and there was new information and assumptions from (Malaysian) Prime Minister Najib Razak, we took a look at our information again,” Montol said. “It didn’t take long for us to figure out, although it did take some experts to find out about it.”

Flight 370 took off from Kuala Lumpur at 12:40 a.m. Malaysian time and its transponder, which allows air traffic controllers to identify and track the airplane, ceased communicating at 1:20 a.m.

Montol said that at 1:28 a.m., Thai military radar “was able to detect a signal, which was not a normal signal, of a plane flying in the direction opposite from the MH370 plane,” back toward Kuala Lumpur. The plane later turned right, toward Butterworth, a Malaysian city along the Strait of Malacca. The radar signal was infrequent and did not include any data such as the flight number.

He said he didn’t know exactly when Thai radar last detected the plane. Malaysian officials have said Flight 370 was last detected by their own military radar at 2:14 a.m.

The search area for the plane initially focused on the South China Sea, where ships and planes spent a week searching. Pings that a satellite detected from the plane hours after its communications went down have led authorities to concentrate instead on two vast arcs – one into central Asia and the other into the Indian Ocean – that together cover an expanse as big as Australia.

Thai officials said radar equipment in southern Thailand detected the plane. Malaysian officials have said the plane might ultimately have passed through northern Thailand, but Thai Air Chief Marshal Prajin Juntong told reporters Tuesday that the country’s northern radar did not detect it.