The Swiss researchers who concluded that former Palestinian President Yasser Arafat may have been poisoned are standing by their findings. On Tuesday, a French research team ruled that high levels 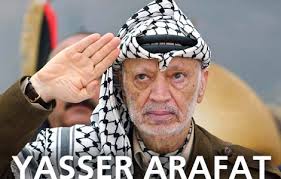 of Polonium found in Arafat’s body came from the element Radon in the environment. But the Swiss team said on Thursday their radiation expert ruled that theory out, and pointed out there was no such expert on the French team.

The Swiss also dispute the French team’s finding that Arafat died of natural causes. They say there is not enough evidence to support such a precise cause, and the fact that Arafat fell ill so quickly and mysteriously before his death must be considered. Meanwhile, the widow of the late Palestinian leader told AFP on Wednesday she was still convinced he was poisoned.

“I’m still completely convinced that the martyr Arafat did not die a natural death, and I will keep trying to get to the truth,” Suha Arafat said. “I’m shocked by (the results of) the French medical report, which I only received four pages of to look at,” she said. “How the French haven’t found anything is completely illogical,” she added.

The circumstances of Arafat’s death aged 75 at a military hospital near Paris in November 2004 after a sudden deterioration in his health have long been mired in rumour and speculation.

French doctors were unable to say what killed him and an autopsy was never performed, at the request of his widow. France opened a formal murder inquiry in August 2012, a month after an Al Jazeera documentary linked Arafat’s death to polonium poisoning. About 60 samples were taken from Arafat’s remains in November 2012 and divided between Swiss and Russian investigators and a French team carrying out a probe at his widow’s request. Israeli foreign ministry spokesman Yigal Palmor told AFP the results of the French probe were “no surprise”.