Tribune International; It’s been a big twelve months for the Commonwealth Bank Southern 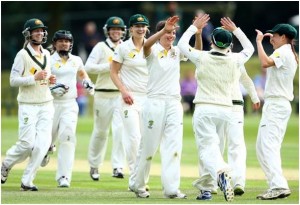 Stars and the team islooking forward to taking on England in the upcoming Commonwealth Bank Women’s Ashes Series in front of a home crowd. The series in January will be a very important one and the team will be striving to reaffirm their authority as the number one team in the world and will be doing everything in their power to win back the Women’s Ashes trophy. The players and staff have invested an incredible amount of time, effort and energy to make this a successful campaign and are calling on all Australian’s to get behind the team and cheer them to victory. If you can’t make it to a match this summer (see fixture below), be sure to keep up to date and send your messages of support to the team via Twitter @SouthernStars. You will also be able to watch the team’s three WT20 INTL matches on the Nine Network.