Sydney; As citizenship ceremonies and barbecues fire up across the country for Australia Day, a senior 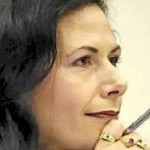 government MP called for migrants to speak English as their main language.

Senator Concetta Fierravanti-Wells, parliamentary secretary for social services and from the Liberals’ hard-right faction, told Fairfax Media that speaking English is not only a personal responsibility, it is ”an obligation to our country”.

Senator Fierravanti-Wells spoke no English when she went to kindergarten as a little girl in Wollongong, several years after her Italian parents migrated to Australia.

On her first day at St Francis of Assisi school, she said, there were 75 children – three of whom spoke English. ”It wasn’t very difficult: within three months, we had all learnt English and we were all busy singing away with our Maltese teacher, who taught us,” she said.

Senator Fierravanti-Wells said Australia Day was an apt time to discuss the ”personal responsibility” of migrants to learn English. But she went further, arguing that not only should migrants learn English as a second language, they should learn to speak it as their main language.

The importance of this, she said, was underlined by the experience of ageing postwar migrants, many of whom were suffering dementia and forgetting conversational English.

”Retaining a knowledge of one’s mother tongue is important but not at the expense of learning English,” she said. ”Learning English as a second language is a struggle but, in the 21st century, English is even more important as we move from a manufacturing to a service economy. ”But it is not just a benefit for the nation. A lack of English has a personal cost, especially in an ageing population with health issues or for parents that cannot understand their child’s teacher.”

Meanwhile, Opposition Leader Bill Shorten will use an Australia Day address in Melbourne to call for multiculturalism to be put at the forefront of Australia’s identity. ”From this day on, instead of talking about migration as a threat to the peaceful, multicultural nation we have built, let us see it as the irreplaceable element in the making of modern Australia,” Mr Shorten will say.

”All of us, from the first Australians to our newest citizens, should be proud to live in a country that is the best hope of so many. Because welcoming migrants is not just the duty that a safe and civilised nation owes its region and the world. It is, as it has ever been, the driver of our national prosperity and the foundation of our national success.”

Mr Shorten will argue that Australia urgently needs consensus. ”The sooner we recognise the benefits that migration brings, the faster we will arrive at a policy that truly reflects the warmth of the Australian people,” he will say.

But Senator Fierravanti-Wells said that there was no argument from the government. ”[That] Bill Shorten insists on harking back to outdated views on multiculturalism is puzzling,” she said. ”There is no need to ‘fight’ for the proposition that multiculturalism has been good for this country when, overwhelmingly, the community, the Prime Minister and the government are in furious agreement.”