Isak Mohamed killed and another politician injured by a bomb attached to vehicle in Mogadishu. 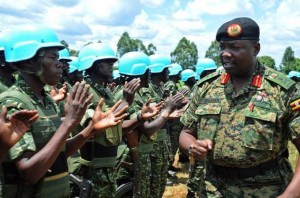 A Somali politician has been killed and another wounded in a car bomb attack in Mogadishu, the prime minister has said.

Isak Mohamed, an MP, was killed on Monday when a bomb concealed in his vehicle exploded in Mogadishu’s Hamarweyne district, near the port and close to the heavily fortified government district.

Mohamed Abdi, another MP, was wounded.

“Somalia has today lost a committed parliamentarian who worked tirelessly to serve the people of Somalia and help rebuild our country,” said the prime minister, Abdiweli Sheikh Ahmed.

“This cowardly attack will not derail the progress made in Mogadishu and across Somalia,” Ahmed added.

Al Qaeda-linked group al Shabaab told Reuters it set off the device to punish parliamentarians for backing foreign forces in the country – and threatened to carry out more attacks.

Al-Shabab has been driven out of fixed positions in Somalia’s major towns by a UN-mandated African Union force, but still regularly launch attacks that include bombs and guerrilla-style raids.

“We are investigating and hunting the perpetrators to bring them to justice,” Abdukadir Mohamed Abdukadir, the commissioner of the Hamarweyne district, told the AFP news agency.

The blast comes a day after the president, Hassan Sheikh Mohamud, opened the thee-day security conference, where he claimed that the “culture of lawlessness that has plagued Somalia for the last 23 years is coming to an end.”