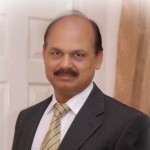 It is to be noted that initially in the Citizenship Act 1951 there was no provision to have dual citizenship. As the decision makers in the governments acknowledged the needs and as demands occurred from the Pakistanis living abroad, the governments perused for taking necessary action and amendments were made in the Constitutions as well as made arrangements with other countries were executed to allow Pakistanis to have dual nationality. Hence, Constitution is not the holy verses which cannot be changed. Constitution is for the safety, security and integrity of the State and its Nation.

The people of Pakistan living abroad are proven, at times, to be the loyal, committed and fruitful source in making Pakistan’s economy stronger. Whenever Pakistan is under any tragedy or pain; overseas Pakistanis demonstrated their full commitment without any pressure. Dual national Pakistanis living abroad so long became professionals, educationist, scientists and industrialists of international repute. They are very well established economically, professionally and socially in their countries of residence. Even then if they think about Pakistan and if want to come back to Pakistan and serve Pakistan in any field this is their loyalty and born-relations with their motherland except few odds who can be found in any society. Many of these dual national Pakistanis are involved in local politics, journalism and public services where they deal and debate with local people of Pakistan’s ideology and geo-political matters & policies and they beautifully defend Pakistan. They are the true ambassadors of Pakistan who are doing far better job official diplomats. No one force them to do these things, this is their absolute character of loyalty to Pakistan.

Therefore if anyone in Pakistan keeps any doubt on dual national Pakistanis that person must have something wrong in his/her mind and required to change his/her mentality.

Bear in mind significant number top scientists, technologists, entrepreneurs in Pakistan who are playing key role in the development of the country are dual nationals.

Today, people sitting in the most responsible positions are arguing that they cannot give country’s secrets in the hands of dual nationals. So, the question is where these secrets assets came from? The father of Pakistan’s atomic assets of Pakistan, Dr. Qadir Khan helds dual nationality and his wife was a foreign national when he started Pakistan’s nuclear programme. Why didn’t he was asked to go back to Germany because he was dual national? This is absolute nonsense.

Understandably, the Pakistanis in favour of dual national Pakistanis should not be given equal opportunities and full rights in the electoral system of Pakistan and allow them to have key positions in Pakistan, have fear that these dual nationals may sell and sabotage country’s secrets or may just target to achieve their short term goals in Pakistan and return back to their country of residence anytime. This does make sense but the point is this can be done by any person holding just Pakistani nationality or multiple nationalities, moreover, by anyone holding green card or permanent residency of other country. As there is not much difference especially in the western world holding citizenship or permanent residency. Many current politicians who hold green cards and permanent residencies of other countries have built their huge assets and bank balances in overseas. Many parliamentarians who don’t hold dual nationality but hold permanent residencies of the western countries often spend much time in US and England. These top politicians today often travel to England even to hold a political meeting with each other. Their loyalty with Pakistan must be questioned? Therefore, the problem is not in Pakistanis dual nationality, it is the loophole is the system which permits them to do wrong things and get away.

Today, we are living in the world where people of the world are more close to each other and respect each other. Look at the cricketers, one country’s player is offered top package to play for a club of another country and then the same player represents his country to play against the country of the same club. Can we doubt on their loyalty. Which world we are living in now we have to understand and learn from civilised world.

The world is now open for everyone. In Australia, people from more 150 nationalities live together and every 3rd person either was born outside Australia or his/her parents were born in outside Australia, significant number of people hold dual nationality including Pakistani Australians. No one has any problem from their other nationality, they can apply for any job of any level and they can participate in the electoral system at any level. Even the Prime Minister of Australia was born in another country. Yes, there was a time when no one except white people can hold Australian citizenship and no one except white people basic rights to be a part of political and electoral system. The White Australia Policy was abolished only four decades ago, in 1973. Australia changed and received highest reputation and respect in the world after the demolition of White Australia Policy. Today, Australia is a developed nation, safer and secure then prior to 1973. Australia has people from more than 150 nationalities and Australia is proud of being a multicultural nation.

As the Citizenship Act 1951 has been amended many times in order to meet the genuine demands of the people of Pakistan it should be further amended to provide full and fair rights to the dual national Pakistanis.