Ex-intelligence chief, 68, trained as a fighter pilot in UK in his youth and is currently second deputy prime minister. 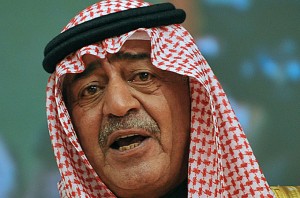 Saudi Arabia’s Prince Muqrin bin Abdulaziz, a former intelligence chief in the kingdom, has been appointed deputy crown prince, making it likely he will one day become king.

The appointment makes Muqrin, the 68-year-old youngest son of the kingdom’s founder King Abdulaziz al-Saud, next in line to succeed 90-year-old King Abdullah in the world’s top oil exporter after his half-brother Crown Prince Salman.

Muqrin already holds the position of second deputy prime minister, a role to which he was appointed a year ago and was traditionally but informally seen as being equivalent to crown prince in waiting.

The decision, announced in a royal decree, comes as a source close to the circle of power told the AFP news agency that current 79-year-old Crown Prince Salman was sick and “may decide not to claim the throne” because of his ill health.

Muqrin, who trained as a fighter pilot in Britain in his youth, is seen as likely to continue the cautious economic and social reforms begun by King Abdullah, say analysts.

US President Barack Obama will visit Riyadh on Friday to meet King Abdullah at a time of frosty relations between the old allies over their differing approaches to the multiple crises afflicting the region.

US embassy cables released by WikiLeaks appear to show Muqrin as sharing Abdullah’s views that Western countries should take a strong line against Shia Iran, which they see as pursuing an expansionist agenda in Arab countries.

Saudi criticisms of Obama’s Middle East policy have revolved around their concerns that the White House has not stood up strongly enough to Iran or its ally, Syrian President Bashar al-Assad.