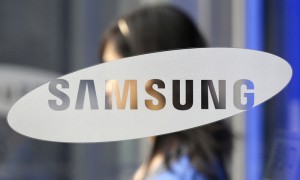 The consumer technology heavyweight said on Tuesday that it expects operating income of about 8.4 trillion won ($8 billion) for the January-March quarter, down 4 per cent from a year earlier. Sales were flat at 53tr won. Samsung, the world’s largest maker of smartphones, televisions and memory chips, will release full quarterly results later this month.

The operating profit was in line with the median estimate by analysts surveyed by FactSet. Compared with the previous quarter, sales sank 11pc while operating income inched up 1pc.

The year-on-year profit decline shows the challenge for Samsung to maintain earnings growth as smartphone prices fall. The devices are its biggest cash cow, accounting for more than two-third of its income. The average price of a Samsung smartphone this year will likely be $275, down 9pc from 2013, according to Chung Chang-won, an analyst at Nomura Financial Investment.

That is because smartphone sales growth is slowing in North America, Europe, South Korea and Japan while consumers in developing nations tend to buy cheaper handsets.

Chinese handset makers are also vying for customers in emerging markets. Samsung faces competition from a slew of handset makers in regions such as Southeast Asia where Lenovo and Xiaomi are expanding.

”In 2014, I expect that even more Chinese vendors will come in and they will put in greater investment in such emerging markets and they will pose a bigger threat” to Samsung, said Ryan Lai, an analyst at research firm IDC.

Samsung sold a record number of smartphones in the world’s most populous country in February, according to Counterpoint Technology Market Research.