MOSCOW: Russia on Tuesday warned Saudi Arabia against supplying Syrian rebels with shoulder-launched missile launchers, saying such a move would endanger security across the Middle East and beyond. 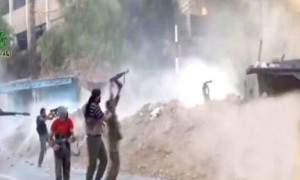 The Russian foreign ministry said in a statement that it was “deeply concerned” by news reports that Saudi Arabia was planning to buy Pakistani-made shoulder-launched surface-to-air missiles and anti-tank systems for armed Syrian rebels based in Jordan. It said that the aim was to alter the balance of power in a planned spring offensive by rebels on the regime of President Bashar al-Assad.

“If this sensitive weapon falls into the hands of extremists and terrorists who have flooded Syria, there is a great probability that in the end it will be used far from the borders of this Middle Eastern country,” the foreign ministry said.

Long-existing tensions between Russia and Saudi Arabia have intensified further as a result of the Syria conflict.

Russia is widely seen as Assad´s last remaining major ally in a conflict that has left an estimated 140,000 people dead since it began as a peaceful uprising in March 2011.