The bank has agreed to pay the Treasury the equivalent of $2.5 billion or 1.8 billion euro’s. 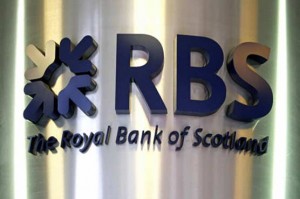 LONDON (AFP) – Britain s state-rescued Royal Bank of Scotland will pay the government 1.5 billion in a complex deal paving the way for the return of shareholder dividends.

The bank has agreed to pay the Treasury the equivalent of $2.5 billion or 1.8 billion euros in a move also aimed at aiding its eventual return to the private sector, it said in a statement late on Wednesday.

RBS, based in Edinburgh, Scotland, remains 81-percent state-owned after it was rescued with 45.5 billion of taxpayers  cash during the global financial crisis.

The collapse of RBS was a key event in problems which hit part of the British financial sector at the height of the global financial crisis, and helped stoke public anger at high pay, bonuses and other practices in the banking industry.

Under the bailout terms, the Treasury effectively blocks RBS from issuing shareholder dividend payouts while the government holds its stake.

RBS announced that it will pay 320 million to the Treasury this year, followed by another 1.18 billion, in order to exit the arrangement.

“Today s agreement is a vote of confidence in the progress we have made in rebuilding RBS and in our plan for the bank s future,” said chief executive Ross McEwan in the statement.

British finance minister George Osborne added: “This is another important step on the road to a more resilient banking system and in dealing with the problems of the past to get the taxpayer s money back.”

The deal is aimed at boosting the bank s share price to a level where the government can begin selling down its stake — which is widely cited as being 500 pence per share.

RBS added that the move will “increase the appeal of RBS s ordinary shares to a wider range of equity investors and may expedite the timeline for HMT to start reducing its shareholding in RBS”.

The bank remains unlikely to resume dividend payments any time soon, after losses surged to almost 9.0 billion last year on soaring legal charges and the cost of setting up a “bad bank” for toxic assets.