The combined wealth of the richest 1 percent will overtake that of the other 99 percent of people next year (2016) unless the current trend of extreme inequality is checked and tackled effectively, according to a study published by Oxfam. In other words, Oxfam says that if trends continue, the rich will get richer and the poor will get poorer. 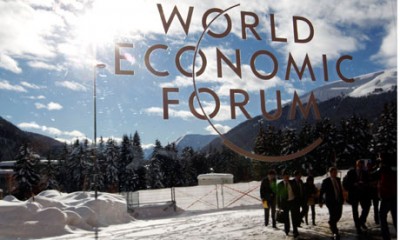 The findings of the international agency came ahead of the annual World Economic Forum, taking place this week (from 21 – 24 January) in Davos, Switzerland where the billionaires and politicians might come under pressure to tackle rising inequality.

“Do we really want to live in a world where the one percent own more than the rest of us combined?” inquires Winnie Byanyima, Executive Director of Oxfam International, adding: “The scale of global inequality is quite simply staggering and despite the issues shooting up the global agenda, the gap between the richest and the rest is widening fast.”

The international agency warned that the explosion in inequality is holding back the fight against global poverty at a time when 1 in 9 people do not have enough to eat and more than a billion people still live on less than $1.25-a-day. “Extreme inequality isn’t just a moral wrong. We know that it hampers economic growth and it threatens the private sector’s bottom line” said Winnie Byanyima, Executive Director, Oxfam International.

Half global wealth held by the 1%

Finance and Healthcare sectors most lucrative

Global wealth is increasingly being concentrated in the hands of a small group of wealthy elite ho had an average wealth of $2.7 million per adult in 2014. These exceptionally rich individuals have generated and sustained their vast riches through their interests and activities in a few key economic sectors, including finance and pharmaceuticals/healthcare.

Companies from these sectors spend millions of dollars every year on lobbying to create a policy environment that protects and enhances their interests further. The most prolific lobbying activities in the US are on budget and tax issues; public resources that should be directed to benefit the whole population, rather than reflect the interests of powerful lobbyists, according to the report. 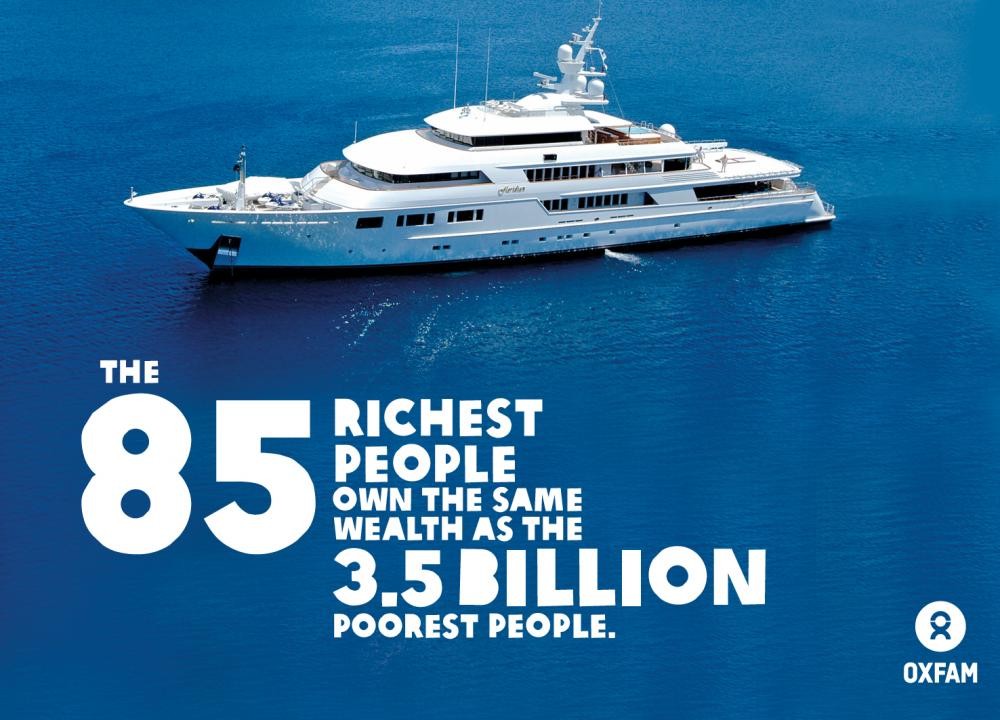 Global and Buisness Leaders must act to tackle extreme inequality

Lady Lynn Forester de Rothschild, Chief Executive Officer of E.L. Rothschild and chairman of the Coalition for Inclusive Capitalism, also called on business leaders meeting in Davos to play their part in tackling extreme inequality. “Oxfam’s report is just the latest evidence that inequality has reached shocking extremes, and continues to grow. It is time for the global leaders of modern capitalism, in addition to our politicians, to work to change the system to make it more inclusive, more equitable and more sustainable” she said.

“[People] are increasingly separated by economic and political power, inevitably heightening social tensions and increasing the risk of societal breakdown,” the report says.

Oxfam said it was calling on governments to adopt a seven point plan: