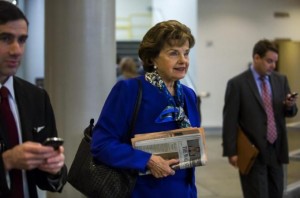 The CIA misled the US government about the scale of its abuse of prisoners and overstated intelligence gleaned from the sessions, a damning Senate classified report has concluded.

According to the Washington Post on Tuesday, the 6,300-page report states the severity of the CIA’s “enhanced interrogation” programme was downplayed by the agency.

It stated that the “techniques”, such as simulated drowning, and the use of stress positions and long-term sleep deprivation, provided no information on senior al-Qaeda figures, nor anything that led to the killing of Osama bin Laden in 2011, despite the agency’s insistence it had.

“The CIA described [its programme] repeatedly both to the Department of Justice and eventually to Congress as getting unique, otherwise unobtainable intelligence that helped disrupt terrorist plots and save thousands of lives,”  a US official briefed on the document told the newspaper.

“Was that actually true? The answer is no.”

The CIA disputes this.

Officials also spoke of the abuses undertaken within the vast system of secret “black site” prisons to which people were taken, often in extrajudicial circumstances, and then subjected to painful and humiliating ordeals.

The enhanced interrogation programme was approved by the Bush/Cheney administration as the US prosecuted its so-called “War on Terror” last decade. The current US president, Barack Obama, ordered the system dismantled in 2009.

Classified files reviewed by the Senate intelligence committee’s investigators, who authored the report, showed that CIA employees left the agency’s “black site” in Thailand, so disturbed by the abuses carried out there.

Officials at CIA headquarters ordered harsh interrogation techniques to continue “even after analysts were convinced that prisoners had no more information to give,” the newspaper reported.

One official said nearly the entirety of valuable threat-related information from al-Qaeda operative Abu Zubaida, captured in Pakistan in 2002, was obtained during questioning by an FBI agent while Zubaida was in hospital in Pakistan – before he was interrogated by the CIA, whose agents “waterboarded” him 83 times.

The Senate intelligence committee chairwoman, Dianne Feinstein, is pushing to get parts of the report declassified and made public.

Her committee is expected to vote on Thursday whether to send the report’s executive summary, key conclusions and recommendations to the White House for declassification.