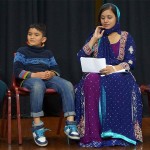 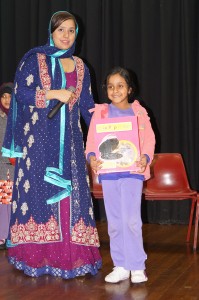 started to arrive at Bowman Hall as the event opened at midday. Islamic knowledge competition hosted by Ms Sarwat Hassan was the centre of attraction for the young children that came with their parents. Children demonstrated great interest in taking part in the competition and receiving prizes. Audience were amazed by a 5 years old girl who recited a beautiful hamd (poetry praising God). Traditional stalls of fashion, jewellery, henna, books, education, and business promotions were attractions for the visitors. The Director, of Ramadan Festival, Syed Atiq ul Hassan thanked the exhibitors and visitors who made the festival a success in its 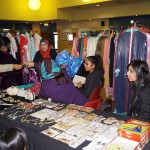 first year. He said that organising 3 events, in every week, of Ramadan was a great challenge for the organisers as they had to do preparations for the 4 grand events of Chand Raat and Eid Festival in Sydney and Melbourne which they have delivered with success. He said that the Ramadan Festival has generated great hype of Chand Raat Eid Festival this year, people are anxiously waiting to visit 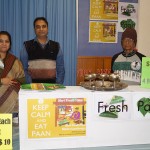 the grand events of Chand Raat which is being organised at same time in Sydney and Melbourne followed by big events of Eid in Sydney and Melbourne. Mr. Hassan has thanked all the exhibitors, sponsors and visitors who supported and participated in Ramadan Festival 2014. It is to be noted that the 16th annual event of ‘Chand Raat’ (Eid Eve Celebrations) will be held on Sunday 27th of July at Rosehill Gardens Racecourse, Rosehill (Sydney) and Coburg Town Hall, Coburg (Melbourne). The Eid Festival in Sydney will be held on Tuesday 29th of July at Cathy Freeman Park, Sydney Olympic Park (Sydney) and on Saturday 2nd of August at Sandown Racecourse, Springvale (Melbourne). Exciting arrangements of this year Chand Raat Eid Festival (2014) are being published very soon.