BIJNOT: Punjab Chief Minister, Shabaz Sharif has announced a package of Rs2.37 billion for the development of Cholistan on Friday 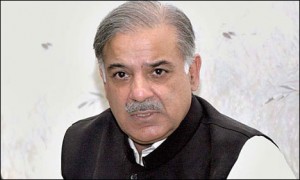 The chief minister denied that any parts of Cholistan facing drought and added a section of media presented the distorted facts.

Punjab CM visiting Bijnot area in Cholistan announced a new scheme for the allotment of land to the cultivators and also approved the provision of 250 cusecs of canal water.

Talking on this occasion, Punjab CM said that neither any human life nor livestock was lost in Cholistan and thanked all those in media who reported the real issues of Cholistan.