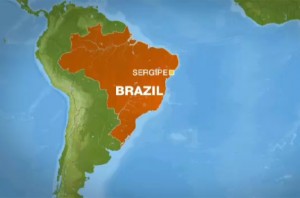 Sandra Melo, said on Sunday that negotiations had started for the release of the hostages, who were mainly visitors to the Advogado Jacinto Filho prison, near Aracaju city.

The hostages were taken during a riot on Saturday that had calmed, Melo added.

“The riot is only in one wing of the prison,” Melo said, adding that mostly visiting relatives of the inmates were among the hostages.

“We don’t believe that the inmates will hurt their own relatives,” Mauricio Iunes, the head of military police in the state of Sergipe, told the G1 news website.

Four prison guards were also held captive. “They are being threatened inside there,” said Iunes.

Brazil’s prison population is 548,000, but the country has space for only 340,000, according to Conectas, an NGO specialising in inmate rights. (AFP)