PRIME Minister Tony Abbott did not damage relations with China by praising the skill and honour of Japanese World War II troops, one of his senior ministers says.

MR Abbott expressed admiration for Japanese submariners killed in an attack on Sydney, in a speech to honour the visit of Japan’s Prime Minister Shinzo Abe. 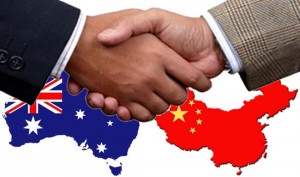 The speech has provoked the ire of China’s state-run news agency Xinhua, which said Mr Abbott’s speech was “insensible” to countries which suffered at the hands of the Japanese during the conflict.

But Finance Minister Mathias Cormann said the prime minister’s speech wasn’t “against anyone” and would not damage relations with China.