The age pension will remain untouched for three years after Prime Minister Tony Abbott moved to ease fears eligibility changes and a rise of the working age to 70 were imminent. 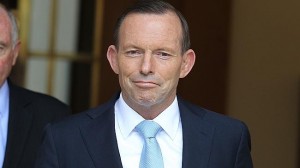 The PM yesterday repeatedly vowed to keep his election commitments — one of which was “no change to pensions” — following voter fears and a possible backbencher backlash.

His comments appeared designed to put a brake on the public debate turbocharged by Treasurer Joe Hockey, who has been warning for weeks that eligibility and indexation rules may have to change to address an ageing population and a shrinking workforce.

Questioned over his pension promise, Mr Abbott said: “We will keep our commitments and we will do the right thing by the people of Australia, and that certainly means looking after the vulnerable.”

“But it does also mean getting the Budget back on a path to sustainable surplus.”

The comments leave the door open for changes in a future term of Government as the Expenditure Review Committee works towards a surplus and what Mr Abbott called a “fundamental commitment” to restore the Budget.

Any move to raise the pension age would not happen until after 2023, when the age is set to rise from 65 to 67.

But the debate left workers close to retirement age worried they could be forced to stay in their jobs — and pensioners concerned that changes to payments and eligibility would leave them struggling.

Although a final decision on pensions has not been made, it is now believed the Government is leaning towards introducing changes in a gradual way and only after it his made a case for why they are necessary.

The May 13 Budget may outline proposed changes, but they would not come into effect until after the next election, due in 2016. This would allow voters to embrace or reject plans.

Mr Abbott said he was mindful of the need to keep his word after the steep price paid by Julia Gillard, who brought in a carbon tax after a pre-election promise not to.

“If there is one lesson to be learned from the political quagmire that the former government got itself into it is keep your commitments, so we will keep them,” he said.

Parliamentary secretary to the Defence Minister, Nationals MP Darren Chester, earlier warned a heavy price would be paid if the Government didn’t take its plans to the people first and that many manual labourers could not work until 70.