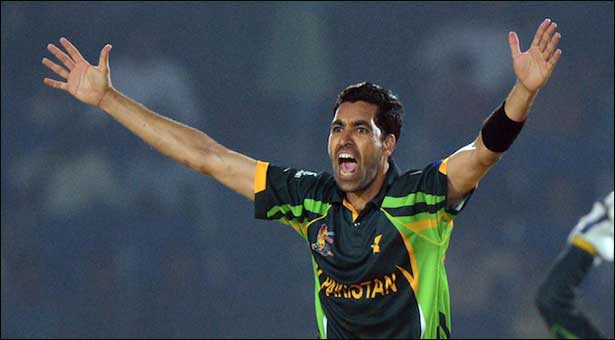 Chasing 249, Afghanistan batted steadily, making 139 runs for only two wickets but then Pakistan spinners took control of the situation to see Afghanis collapse as they lost remaining eight wickets for just 37 runs.

Earlier, Umar Akmal’s dashing century helped Pakistan set a target of 249 for Afghanistan, who were playing for the first time in the Asia Cup.

After being sent into bat by Afghanistan captain Mohammad Nabi, Pakistan openers Ahmed Shehzad and Sharjeel Khan provided a good start of 55.

Shehzad made 50 off 74 balls with seven fours and Sharjeel scored 25 off 37 balls with two boundaries and a six.

However, as soon Sharjeel was dismissed, the top order batting collapsed and Pakistan were reeling at 117 for six in the 30th over.

Mohammad Hafeez fell for ten, Misbah-ul Haq was run out for nought without facing a ball, Sohaib Maqsood went for 13 and Shahid Afridi for six.

Then Umar Akmal led the recovery with a 89-ball 102, hitting a six off the penultimate delivery to complete his second one-day hundred. He hit seven boundaries and three sixes, helping Pakistan to put on 59 runs in the last five overs.

Akmal was adjudged the Man-of-the-Match at the end as Pakistan were awarded five bonus points for their first victory in the tournament after losing the opening match by 12 runs against Sri Lanka on Wednesday.