ISLAMABAD: Pakistan on Tuesday noted with serious concern the statement by the Iranian Interior Minister Abdolreza Rahmani-Fazli that Iran would send forces into Pakistan to free five border guards who were kidnapped by the militants on February 6 from the border region about 5 km inside Iranian territory. 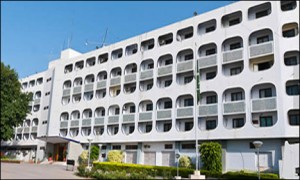 Foreign Office Spokesperson while commenting on this statement said the government of Pakistan regrets the suggestions of negligence on its part over the incident, especially when Pakistan’s active support against terrorists groups in the past, is well-known and acknowledged by Iran.

The spokesperson further said, “Pakistan has already informed the Iranian authorities that its Frontier Corps teams have intensively combed the entire region but could not verify the entry or presence of these Iranian border guards on its territory”.

She said it is, therefore, possible that the miscreants along with the abducted border guards are still hiding within the Iranian territory.

The security organizations of both the countries are in regular contact and a senior level Pak-Iran border meeting is scheduled in Quetta on 19 February, at which relevant information would be exchanged.

The spokesperson said “It shall, however, be emphasized that the Iranian forces have no authority to cross our borders in violation of the international law and we must respect each other’s borders.”