The Government has approved the acquisition of eight P-8A Poseidon maritime surveillance aircraft.

These state-of-the-art aircraft will dramatically boost Australia’s ability to monitor its maritime approaches and patrol over 2.5 million square kilometers of our marine jurisdiction – an area equating to nearly 4 per cent of the world’s oceans.

The first aircraft will be delivered in 2017, with all eight aircraft fully operational by 2021. The Government has also approved an option for a further four aircraft subject to the outcomes of the Defense White Paper review.

Together with high-altitude unmanned aerial vehicles, these aircraft will replace the Royal Australian Air Force AP-3C Orions that have served Australia so well for over four decades.

The P-8A is a potent and highly versatile aircraft. As well as patrolling Australia’s maritime approaches it can conduct search and rescue, anti-submarine and maritime strike missions using torpedoes and Harpoon missiles. 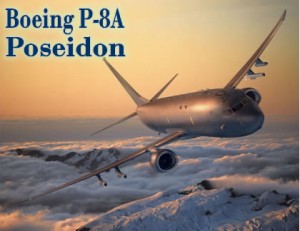 These aircraft will work closely with other existing and future ADF assets, and the Australian Customs and Border Protection Service (ACBPS) aviation fleet, to secure our ocean resources, including offshore energy resources off northern Australia, and protect our borders.

The acquisition of the eight P-8A aircraft will cost approximately $4 billion, including support facilities.

This project will offer significant opportunities for industry and jobs creation. Australian businesses have already won approximately $8.5 million of work associated with Australia’s participation in the P-8A programme and stand to benefit by as much as $1 billion through construction of facilities at RAAF Base Edinburgh in South Australia and elsewhere and work to meet maintenance and other support needs.

The Coalition Government is committed to building a strong, capable and sustainable Australian Defence Force.