Oil prices edged lower in Asian trade today on growing expectations the US Federal Reserve will scale back its stimulus programme after a key policy meeting this week, analysts said. 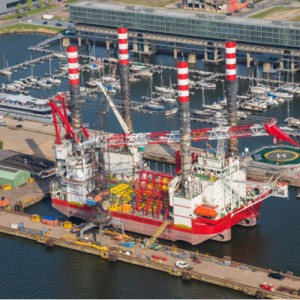 “A series of positive economic releases from the US has once again reignited anticipation for an early taper to take place,” he said. he Fed’s key policymakers are to meet for two days from Tuesday to weigh whether growth is strong enough to merit cutting back its USD 85 billion-a-month bond-buying scheme.

The so-called tapering would likely boost the greenback, making dollar-priced oil more expensive for countries using other currencies, dampening demand. Tan said US crude oil prices were also weighed by a significant plunge in natural gas prices yesterday, on expectations of “moderate and mild weather”, which would curb demand for heating fuel. “As a result, crude oil is likely to lose some demand as a feedstock, hence pressuring prices,” he said.

Investors are also monitoring the situation in crude producer Libya, where armed protesters have refused to lift a months-long blockade of vital terminals in the eastern part of the country.

A tribal chief last week had said that the blockade would be lifted on December 15. The protests, as well as blockades of fuel deliveries by the Berber minority, have slashed Libya’s output to about 250,000 barrels per day, from normal levels of nearly 1.5 million.