ROME: US President Barack Obama will aim Friday to reassure his Saudi hosts on the strength of their alliance, frayed by Washington´s diplomatic opening towards Iran and reluctance to use force in Syria. 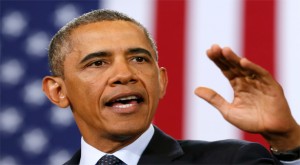 Obama is expected late on Friday in oil-rich Saudi Arabia, the fourth and final stop of a tour this week after the Netherlands, Belgium and Italy.

The White House was late to announce Obama´s stop in Riyadh, following his European tour, fuelling speculation on the motives of the US president´s second visit since his election in 2009 to Washington´s decades-old ally in the Middle East.

Dating back to the end of World War II, the relationship was founded on an agreement for Washington to defend the Gulf state in exchange for oil contracts.

OPEC kingpin Saudi Arabia is the world´s top producer and exporter of oil. In 2012, it was still the second largest exporter to the United States, after Canada.

But relations have soured, with Riyadh openly criticising US policy on regional issues, which are to be discussed at a meeting followed by dinner between King Abdullah and Obama.

According to the Syrian opposition, Washington has imposed a veto on its allies against arming rebels with anti-aircraft and anti-tank weapons, over fears they could fall into the hands of Islamist extremists.

And the Saudis were bitterly disappointed by Obama´s 11th-hour decision last year to back down from military action against the Syrian regime over chemical weapons attacks.

Saudi Arabia, long wary of Iran´s regional ambitions, is also sceptical of the interim nuclear deal reached by world powers and the Islamic republic in November, viewing it as a risky venture that could embolden Tehran.

The agreement would curb Iran´s controversial nuclear activities in exchange for limited sanctions relief, and is aimed at buying time to negotiate a comprehensive accord.