Tourist held on suspicion of an unspecified crime is the third US citizen currently held by the country.

North Korea has said it has arrested an American tourist for an alleged unspecified crime, bringing the number of US citizens it holds to three. 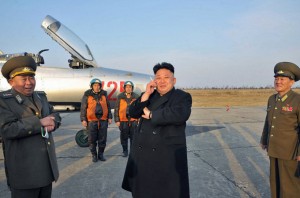 The official Korean Central News Agency (KCNA) said on Friday that authorities were investigating the man for allegedly doing acts inconsistent with the purpose of a tourist visit.

Japan’s national news agency Kyoda reported that the man, who was part of a tour group, was arrested in mid-May as he was about to leave the country.

The US State Department said it was aware of the reports but had no additional information at the time.

It reiterated a warning to US citizens not to travel to North Korea due to “the risk of arbitary detention or arrest”.

US officials said they were in close contact with the Swedish embassy in Pyongyang, which deals with issues involving its citizens in North Korea.

In April, North Korea announced it had detained a US citizen, identified as Matthew Todd Miller, for improper behaviour while entering the country as a tourist.

The country has also been holding a Korean-American missionary, Kenneth Bae, since November 2012.

Bae was sentenced to 15 years of hard labour after he was convicted of trying to use religion to overthrow North Korea’s communist system.