Presiding over a consultative meeting of the Pakistan Muslim League – Nawaz (PML-N), Nawaz claimed that his government was not one to fear any form of protest, and said that political problems should only be resolved politically. 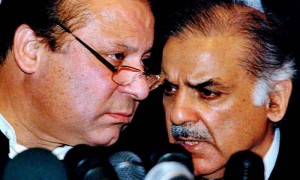 According to Press, the meeting discussed strategies to deal with PTI’s planned ‘million’ march, as well as the opposition in the National Assembly session scheduled to begin later today.