Boko Haram fighters have shot and injured the soldier son of Nigerian ex-president Olusegun Obasanjo during clashes, an associate of the former head of state has said. 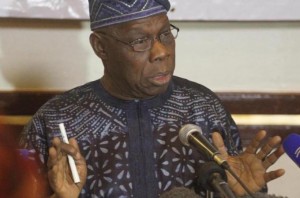 Lieutenant-Colonel Adeboye Obasanjo was wounded when troops fought the Boko Haram fighters in the northeastern state of Adamawa, Mohammed Keffi said on Tuesday.

“I got in touch with… Obasanjo and told him that I received this information… He told me yes, he was aware of the incident,” Keffi said.

“He told me his (son’s) team had left Mubi on their way to Michika when they came under fire from Boko Haram. He was shot and injured but he is in a stable condition.”

The younger Obasanjo, an army engineer leading a platoon of army troops, was “getting better” after Monday’s incident, according to Keffi.

The soldier’s father, 77, was elected president in 1999, marking a return to civilian rule after military dictatorship, and held office until 2007. He had previously served as military leader from 1976 to 1979.

Obasanjo has been involved in attempts to end the five-year insurgency. In May, he held exploratory talks to open discussions with the armed group to obtain the release of more than 200 schoolgirls kidnapped in April.

Nigeria’s military has been under increasing pressure to stop Boko Haram advances after the fighters took over a number of towns in the northeastern states of Yobe, Borno and Adamawa.

Troops attempted to retake the town of Madagali, on Adamawa’s northern border with Borno, on Friday but were forced to withdraw to Mubi, the state’s commercial hub.