Minister for Citizenship and Communities Victor Dominello today announced the 12 young people chosen to serve on the 2014 NSW Youth Advisory Council and said its membership was representative of the state’s regional and cultural diversity. 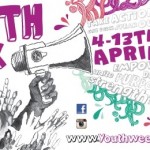 The YAC is a key consultative body, advising the NSW Youth Minister and the NSW Government on issues of concern to the state’s young people – aged 12 to 25.

Mr Dominello met with the Youth Advisory Council or ‘YAC’ at their first meeting in Sydney to talk to council members about their goals for the year ahead.

“As the Minister responsible for youth affairs, I am committed to fostering genuine engagement between Government and young people, and I know the YAC is a great way to do this,” Mr Dominello said.

“This year over 130 nominations for YAC membership were received, with the names of young people from across regional and metropolitan areas being put forward.

“This year’s YAC members bring together impressive records of community service and a wide range of life experiences – as students, employees, volunteers and leaders among their peer.

“Adding to the diverse views of the new Council we have an Aboriginal youth worker who has walked Kokoda, a female Muslim leader who is studying international relations at university and a young Aboriginal woman who volunteers as an RFS firefighter and has organised fundraising campaigns for Oxfam.

“Our 12 YAC members have each demonstrated a desire to stand up for their things they believe in and to be actively engaged in their communities.

“They now have the opportunity to utilise their talents by working collaboratively to have their say on NSW Government policies and strategies which matter to young people.

“The NSW Government looks forward to learning from these 12 highly credentialed young people who will offer their unique insights and advice to assist us in the development of youth policies and programs during 2014,” he said.

More information about the role of the YAC can be found on the NSW Youth website: http://youth.nsw.gov.au/youth-advisory-council/.  The names and biographies of this year’s YAC are on the following pages.