US firm to lay off thousands of staff, including nearly half of Nokia employees who joined in April after acquisition.

Microsoft has announced the biggest layoffs in its 39-year history, outlining plans to cut 18,000 jobs worldwive in a move that marks the chief executive’s sharpest pivot yet away from his predecessor’s drive for the company to make its own devices. 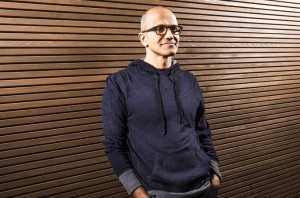 Although some job losses had been expected ever since Microsoft acquired Nokia’s mobile-device unit, the number, which amounts to 14 percent of the Microsoft workforce, is about twice the total analysts had estimated.

The cuts announced on Thursday will include about 12,500 jobs associated with the Nokia unit – nearly half of the 28,000 employees Microsoft brought on board in April through the acquisition, the AP news agency reported.

When the cuts are complete, the company will still have about 10,000 more employees than before the Nokia acquisition, with an overall headcount of 109,000.

In a public email to employees, chief executive Satya Nadella, who was appointed in February, said the changes were needed for the company to “become more agile and move faster”.

Nadella is clearly backing away from former chief executive Steve Ballmer’s strategy of getting Microsoft to make its own smartphones and tablets.

Nadella indicated that Microsoft will largely abandon low-price Nokia Asha phones – which work on their own non-Windows operating system – and reverse a strategically questionable move by Nokia in February to launch a line of phones called “X” that supported rival Google’s Android platform.

“To win in the higher price tiers, we will focus on breakthrough innovation that expresses and enlivens Microsoft’s digital work and digital life experiences,” Nadella said in the memo.

About 1,350 Seattle-area workers around Microsoft’s Redmond, Washington, headquarters were laid off on Thursday, as were 1,800 workers in Hungary and nearly 370 in San Diego.

The Nokia cuts include 1,100 jobs in Finland.

In addition, the company is closing its Xbox Entertainment Studios, a two-year-old venture based in Santa Monica, California, that produced original video content but was seen as separate from Microsoft’s core business.

Microsoft expects charges of $1.1bn to $1.6bn over the next four quarters, largely for severance payments.

The move puts the company on track to meet the target it set in September, when it announced the Nokia purchase, of saving $600m in annual costs within 18 months after the deal closed.

The move dwarfs Microsoft’s previous biggest job cut, when it eliminated about 5,800 jobs in 2009.